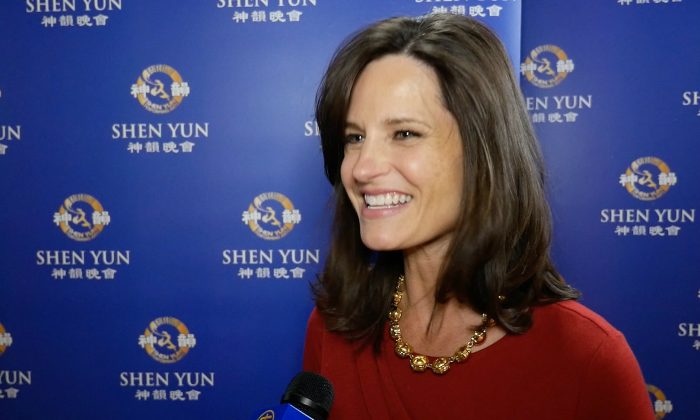 NEW YORK—Contessa Brewer, a WNBC anchor and host of the MSNBC weekend program “Caught on Camera,” had an exciting evening at a Shen Yun performance at Lincoln Center on Jan. 17.

“The skill, the talent on the stage is jaw-dropping,” Ms. Brewer said. “It’s so graceful. It’s so moving. The emotions it brings out is just incredible.”

“I love the use of technology with these ancient art forms,” Ms. Brewer said. “The composition and the juxtaposition between [them] is incredible.”

Ms. Brewer was also enthused by the music.

“It’s the first time I’ve been exposed to so much classical Chinese music and I’m really enjoying it,” she said.

The Shen Yun Orchestra is unique because it combines the grandeur of a full symphonic orchestra with the tone of distinctly Chinese instruments such as the erhu, China’s two-stringed violin.

Many of these tell the traditional Chinese tales of heroes and heroines such as Mulan and general Yue Fei.

“Their figures embody the most exalted virtues of Chinese civilization, and convey a message or moral that is still relevant in our day. Many have inspired people for generations,” states the Shen Yun website.

Ms. Brewer said she was very intrigued by these classical Chinese tales.