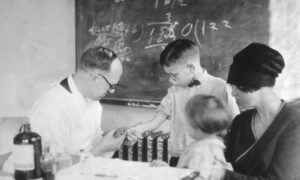 What Is the Immune System?
0
Share Now
TelegramFacebookTweetEmailTellMeWeReddit
Copy Link 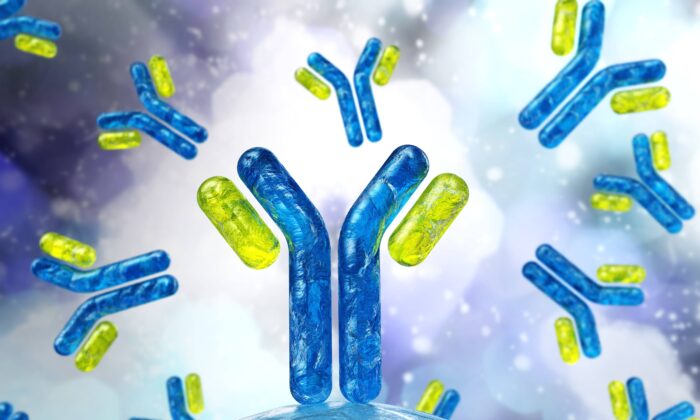 Vaccine’s can offer specific protection but studies suggest there may be unintended consequences to our immune system. (ustas7777777/Shutterstock)
Mind & Body

In the United States, everyone, 16 years of age and older, is now eligible for the COVID-19 vaccine.

HealthCare.gov, the agency behind the Affordable Care Act, recently sent out an email announcing the “good news.” They said the new shot was “an important tool to help end the pandemic, and it’s your best protection from getting COVID-19.”

But is it really the best?

An alternative form of immune security hardly gets any attention, but it may have benefits that any one of the COVID shots now available under emergency use authorization do not. And many of us may already carry this protection, no shot required.

Natural immunity (the inborn process of catching a virus and recovering from it) has been common knowledge for many years. The process has also shown to produce significant antibody protection against COVID-19. According to research funded by the National Institutes of Health (NIH) and published in January in the journal Science, the immune systems of “more than 95 percent of people who recovered from COVID-19 had durable memories of the virus up to eight months after infection.”

Symptoms don’t have to be severe for protection to be strong. One study screened individuals who had recovered from a mild case of COVID-19 and found that immune “cells not only persist but continuously differentiate in a coordinated fashion well into convalescence, into a state characteristic of long-lived, self-renewing memory.”

But is it better than a vaccination? One study from Denmark doesn’t think so. It suggests that vaccine-induced immunity for COVID-19 may perform slightly better than natural immunity, which was found to prevent reinfection about 80 percent of the time (compare that to the 95 percent effectiveness that vaccine makers claim).

However, researchers admit that big unknowns still remain. For example, the study did not look at the severity of reinfections from either immunity method. It may still be too soon to tell how natural immunity stacks up next to the protective promises of Pfizer’s, Moderna’s, or Johnson and Johnson’s jabs, because the disease they guard against is still so new. Meanwhile, strong comparative data is lacking.

But when it comes to vaccination protection for viruses we’ve known about for generations, natural immunity is typically superior.

In a March 2020 video, Dr. Paul Offit, director of the Vaccine Education Center and professor of pediatrics at Children’s Hospital of Philadelphia, addressed the potency difference between natural immunity and vaccine protection using himself as an example. Offit explained that the measles antibodies he developed when he caught the disease as a child in the 1950s are “probably threefold greater than what children will get if they get a vaccine.”

But acquiring this top-grade protection comes with a big catch: an increased risk of serious illness, hospitalization, and potentially death.

“The high price of natural immunity, that is, occasionally severe and fatal disease, is a risk not worth taking,” Offit said.

The better question, says Offit, is whether vaccines are good enough. Can this medical intervention provide an immune response that can eliminate disease, without subjecting the population to the risks associated with acquiring natural immunity?

“Well, we have the answer for measles. When we added a second dose measles vaccination recommendation in 1991 … we eliminated measles in the United States by the year 2000. The only reason that it has come back recently is because of the critical number of parents who have chosen not to vaccinate their children,” Offit said.

But a 1984 study adds a crucial detail missing from Offit’s story. Published in the American Journal of Epidemiology, researchers found that the natural immunity of the baby boomers plays a substantial role in the elimination of U.S. measles cases.

Vaccines allow an avenue for immunity without the risks that come with catching the wild disease. But, to be fair, the treatment comes with its own set of risks.

One problem is that vaccines may actually spread disease. In 2019, The Associated Press reported that more polio cases in four African countries were now caused by vaccine than by the wild virus.

Another concern is that vaccines may leave us more vulnerable to diseases other than the ones we get vaccinated against. The phenomenon is known as “virus interference,” and it was demonstrated in a study published in a January 2020 issue of the journal Vaccine. The study explored virus interference by comparing cases of viral respiratory infections among Department of Defense personnel based on whether or not individuals got an influenza vaccine.

The flu shot didn’t raise the risk of all respiratory infections but it was “significantly associated with unspecified coronavirus.” In other words, those getting the flu shot were more likely to get sick with a coronavirus.

Meanwhile, the natural immunity we develop from some diseases may give us protection from new diseases. A recent study published in the Journal of Infectious Diseases shows that human rhinoviruses, the cause of the common cold, “triggers an interferon response that blocks SARS-CoV-2 replication.

“Mathematical simulations show that this virus–virus interaction is likely to have a population-wide effect as an increasing prevalence of rhinovirus will reduce the number of new COVID-19 cases,” researchers reported.

Although the media likes to portray vaccination as a black-and-white issue, characterizing people as either for or against the treatment, individual examples are usually more complex. Health experts in particular often favor some vaccines over others.

And much of the public health community have more faith in the power of natural immunity than officials would like to acknowledge. One example is the Great Barrington Declaration, a document written by infectious disease epidemiologists and public health scientists. Last year, before any vaccine was available, this declaration proposed an end to the devastating lockdown measures that characterized the official COVID-19 response by giving natural immunity a chance to flourish. The proposal called for more protective measures among the vulnerable, while the vast majority could live as normal, developing the antibodies that could protect the population.

“The most compassionate approach that balances the risks and benefits of reaching herd immunity, is to allow those who are at minimal risk of death to live their lives normally to build up immunity to the virus through natural infection, while better protecting those who are at highest risk. We call this Focused Protection,” states the declaration, signed by more than 43,000 medical practitioners and more than 14,000 public health scientists.

More than 99 percent of people who tested positive for COVID-19 have survived, suggesting that the natural protection built against this virus could be enormous. For these individuals, the risk of disease may have already been conquered. But officials don’t seem very interested in examining this influence, or rewarding the antibodies that have been earned the old-fashioned way.

For example, Canada’s Federal COVID Immunity Taskforce believes the use of passports “will be restricted to immunity conferred by vaccines, as there is more scientific evidence for immunity from vaccines than from natural immunity.”

It’s as if natural immunity has been removed from the conversation. In June 2020, the World Health Organization (WHO) changed its definition of herd immunity. The term describes a point at which enough people become immune to a disease to erase its risk, and it previously included those who had acquired their antibodies through natural infection along with vaccinated individuals. But the WHO’s new definition now says herd immunity happens exclusively through vaccination.

Part of the reason officials may dismiss natural immunity’s influence is that, unlike a vaccine, natural immunity development can vary from one individual to the next. That’s why the U.S. Centers for Disease Control and Prevention (CDC) says people who have tested positive for COVID and recovered are still urged to get the shot.

“At this time, experts do not know how long someone is protected from getting sick again after recovering from COVID-19. The immunity someone gains from having an infection, called natural immunity, varies from person to person. Some early evidence suggests natural immunity may not last very long,” the CDC states.

But the agency is also known to inflate the vaccine’s virtues. In December 2020, the CDC stated that the Pfizer vaccine demonstrated benefit for those with evidence of prior COVID infection, but the health agency was later forced to admit the claim was made in error when a U.S. congressman pointed out that the study demonstrated no such benefit.

There is reason to suggest that natural immunity to COVID-19 may have some unique merit, just as the immune system demonstrates with similar diseases. Like the vaccine (which experts already expect to require booster shots in the near future) no one knows how long natural immunity may last for SARS-CoV-2, the virus said to cause COVID-19. But a study published last year in the journal Nature showed that patients who recovered from the first SARS outbreak in 2003 still possessed long-lasting memory T-cells for the virus 17 years later.

Those T-cells, developed naturally several years ago, may still contribute to public health. Researchers detected SARS-CoV-2-specific T cells in individuals with no history of SARS, COVID-19, or contact with individuals who had SARS and/or COVID-19.

But officials say even those who have developed their own immune protection against COVID-19 still need a drug industry intervention. Everyone is encouraged to get the shot, but pushing naturally immune individuals toward this treatment may actually push them toward greater risk with no benefit to public health. One survey study found that people with prior COVID-19 illness experience significantly increased incidence and severity of side effects after receiving the COVID-19 vaccine compared to those who did not have the disease beforehand.