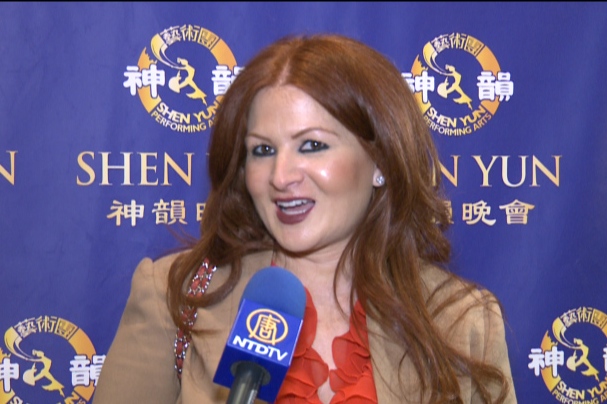 Ms. Tennen, founder of LibertyBell Law Group, is the winner of the National Top 100 Trial Lawyers Award. She was featured in Time Magazine’s “Leaders of Criminal Defense” in the 100 Most Influential People edition.

Ms. Tennen was impressed with the performance. “I loved it. I though it was very unique. It’s different for Los Angeles. So I thought it was something very special,” she said.

She said that her parents also loved the performance: “It was very special for them.”

Independent and nonprofit, New York-based Shen Yun was established in 2006 by artists from around the world with the mission of using the universal language of dance and music to revive China’s divinely-inspired traditional culture, which had nearly been completely destroyed by the current regime in China over the last several decades.

Ms. Tennen was amazed by the state-of-the-art digital backdrop, which is an integral part of the performance, as dancers and mythical characters appear on screen one moment, and on stage the next.

“I have never seen anything like that in my life when they flew into the backdrop, and they could become animated, and then they would fly back in, and become the person,” she said.

At the core of a Shen Yun performance is classical Chinese dance, which “has its own training in basic skills, physical expression and postures, leaps, flips, spins and other difficult tumbling techniques, forming an extensive and independent dance system.”

Ms. Tennen was impressed by the caliber and hard work of Shen Yun artists. “The dancers are beautiful, very professional, very well trained, all in tune with each other,” she said.

She concluded, “I have never seen anything like it in my life, so it was a very, very unique performance; I am very pleased and very excited to have the chance to come when [Shen Yun is] in Los Angeles.”

Reporting by NTD and Thanh Le