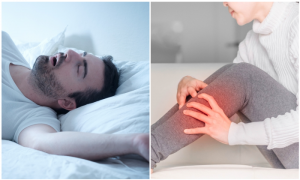 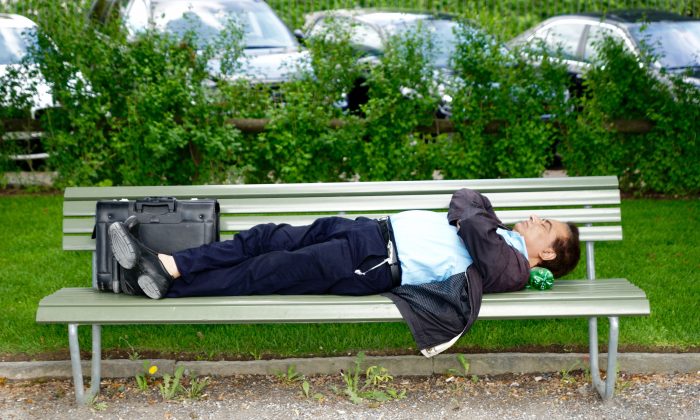 An afternoon nap may not be acceptable in many workplaces, but that's just because some companies don't know what's good for them. (Pixabay)
Mind & Body

Napping Your Way to Success

If there are any upsides to the lockdown conditions of the COVID-19 pandemic, the chance to adopt a siesta culture has to be counted among them.

North Americans take a grim pride in not getting enough sleep, but in our pursuit of productivity, we may be sacrificing our best selves.

Research suggests staying awake to get more done is a false economy. Sleep can seem like a waste of time when you have things to get done, but sleep science finds the opposite to be true. Those who cheat on sleep also undermine their productivity.

The findings of a 2019 study published in the Journal of the National Sleep Foundation strongly suggest that even slightly shortening your sleep routine during the workweek interferes with job performance. Researchers from the University of South Florida, Pennsylvania State University, Harvard Medical School, and others contributed to the study. It found that those who sacrifice as little as 16 minutes of sleep a night are more likely to be distracted and use poor judgment during their workday.

Some companies have taken sleep research to heart. Ben and Jerry’s, Cisco, and other companies have policies that encourage employees to nap. Some offer nap rooms. Tech giants provide weary workers with nap pods, some complete with a zero-gravity bed, soothing music, and a sleep-inducing light show. One online shoe retailer provides massage chairs that sit under an arching overhead fishtank that immerses them in an underwater vista when they recline.

But for most people, taking a nap in the middle of the workday is just not an option. Or at least that was the case when we were all reporting to the office or job site. For those now working from home, this may be the perfect chance to experiment with an afternoon nap.

If we do, we might find this apparent luxury transforms our afternoons. According to Jamie Gruman, a business professor and senior research fellow at the University of Guelph in Ontario, Canada, productivity and work quality can improve when we nap.

In his book, “Boost: The Science of Recharging Yourself in an Age of Unrelenting Demands,” Gruman devotes an entire chapter to the restorative power of sleep. While he was writing, he came across a wealth of research showing that naps can improve vigilance, math skills, and logical reasoning. Naps can also make people more alert and improve their reaction time.

“There is evidence for this. It’s not just somebody’s idea,” Gruman said. “It solidified in my mind that sleeping on the job is a good thing to do.”

Gruman is careful not to directly encourage individuals to sleep at work, because they still run a real risk of getting fired in workplaces that haven’t yet caught on to the value of naps. But he’s found that many workers already do it on the sly. That gets all the easier with many of us now telecommuting.

When Gruman gives a presentation, he often asks for a show of hands to identify the nappers in the room. Few if any hands are raised in public, but people always confess their nap habit later in private.

“People confide in me all the time that they sleep at work. They will come up to me and say, ‘I don’t want anyone to know but I sleep on the job,’” Gruman said. “Usually at around two o’clock or so people get fatigued and they want to take a nap. And if they do, they’re going to get better at what they do.”

Nobody disputes our need for a nightly sleep. But for many people, sleeping for a short period during the day has an ugly stigma attached to it. It reeks of laziness and indulgence—an activity reserved exclusively for babies, the ill, and the elderly.

But this stigma is found only in the modern Western world. Look at many older cultures, and you’ll find that napping is a common practice very much in line with the rhythm of a day.

Dr. Alon Avidan, a neurology professor at the David Geffen School of Medicine at UCLA, and director of UCLA’s Sleep Disorders Center says napping is a natural response to that dip in alertness that typically occurs a few hours after lunch.

“In other cultures, napping is socially acceptable. It has been a strategy to get rid of that temporary sensation of fatigue and sleepiness,” Avidan said. “If you go to Spain, Italy, and Portugal in the early afternoon, you’re lucky to find a shop open. Here in the U.S., of course, we have abandoned that idea and instead rely on working through using a cup of coffee.”

Even in Japan, a country known for its strong work ethic and company devotion, naps get social respect.

According to Alexandra Kenny from information website Tourist Japan, napping is a common practice and a part of daily life. Kenny says that in Japan, it is common to see people snoozing in cafes, on the train, in shops, and even in offices. The practice is known as inemuri, which means “sleeping on duty.”

Inemuri is even encouraged in some workplaces because it allows workers time to restore their focus while on the job.

“In fact, taking a nap is often a symbol of the success of a hard worker who is entitled to the rest,” Kenny said. “It is part of the work/life balance in Japan. In turn, the workforce is more productive, efficient, and ultimately happier.”

According to certified pediatric sleep consultant Riki Taubenblat, we are biologically wired to want an afternoon nap. It’s just that our culture pushes stimulants rather than sleep to get over that midday slump.

“In reality, they’d be much better served with a short nap. Naps can improve mental focus, emotional state, and physical health,” said Taubenblat.

It’s clear that sleep, in general, is essential for health, but there is also evidence that nappers may be healthier than non-nappers. Taubenblat points to a Harvard University study that tracked more than 23,000 Greek men and women. This was in the 1990s, as parts of Greece started pulling away from the traditional siesta culture to embrace the no-nap rhythm of the modern world.

Over the course of six years, researchers found that those who had abandoned their afternoon slumber showed a significantly higher risk of heart disease compared to those who still took regular naps.

Naps may also influence the length of our lives. On the Greek island of Ikaria, where the culture is still siesta-oriented, men are found to be four times more likely to live to the age of 90 than men from the United States.

Taubenblat believes a big reason why people have negative feelings toward naps is that their culture doesn’t respect sleep.

“We live in a society where you get credit for bragging that you only slept four hours last night. Nobody pats you on the back for getting eight or nine,” she said.

Gruman thinks this sense of toughness via sleep deprivation stems from a notion that the ideal worker is one who can best emulate a machine.

“You get the most out of your machinery if you run it 24/7, because your variable costs are reduced and it’s more efficient. So we have this idea that we have to be driving people like machines, 24/7,” he said. “But that’s an ignorant way to think about people, because we’re not allowing them to work in conjunction with the natural process of being human.”

One way to conserve your energy is simply by taking a break. Going for a walk, listening to some music, or just taking a few moments to clear your head can all help give your mind a rest so that it can better handle the next few hours on the job.

But Avidan says nothing replenishes the body like sleep.

“Think of it like an electric car. Even if you sit it idle and let it rest, it doesn’t expend any energy. But if you plug it in, it’s going to allow the current to recharge,” Avidan said. “That’s what we’re doing when we’re asleep. We’re allowing the brain to refuel and recharge in a way that no other state would allow.”

To get the most out of your nap, however, you have to use this power strategically. Sleep for too long, or too late in the afternoon, and you may run the risk of insomnia—and reduce the amount of sleep you get at night.

“If an individual takes a nap at 5, 6, 7, or 8 in the evening, it can impair the ability to fall asleep at night, because they have partially restored their sleepiness, so the sleep drive at night is not going to be as strong,” Avidan said.

According to Avidan, the ideal nap takes place within our natural, post-lunch energy dip—generally a 1 p.m. to 3 p.m. window. As for duration, we have two choices: a 20-minute power nap to relieve drowsiness, or a 45-minute to one-hour nap to fully restore cognitive function.

“Beyond that, we run the risk of waking up more groggy as we go through deeper stages of sleep, and we don’t get the most from the strategic nature of the nap,” Avidan said.

Perhaps if sleep research was better publicized, it would help erase some of the cultural stigmas we hold about napping. But Gruman says this knowledge alone will not be enough. He says it will take a few more steps for the corporate culture to fully embrace sleeping on the job.

“The way you get it implemented, and this is key, is you have to have the senior people in the organization modeling the behavior,” he said. “You could set up nap rooms and buy expensive nap pods, and implement HR policies that approve it. But until they see the executive team occasionally taking naps, employees are going to be leery.”

Of course, everyone’s sleep needs vary. Some do better with a daily power nap, while others only need one every once in a while. Gruman says he only naps about once or twice a month on average. But that quick recharge makes a big difference in the quality of his work when he’s hit by midday fatigue.

“After 15 minutes, I’m back to my best, and thoughts that weren’t coming to me previously now come to me. Ideas and arguments that I couldn’t make previously I can now make with ease,” he said. “It’s really a dramatic difference.”

Gruman knows he’s lucky. Since much of his work is done from home, he has the luxury of organizing his schedule to fit his own needs. But he argues that if the modern workplace also adopts a rhythm more in line with the human body, we will all be better off.

“It’s about respecting your body and mind, and working in harmony with the signals that you’re being given and not suppressing them or denying them,” he said.

“There are times we have to show we’re tough, but on a day-to-day basis, we don’t have to do that. We should embrace our intuitive side—the one that’s more in tune with the cycles of nature. Then we would, in fact, be more effective.”