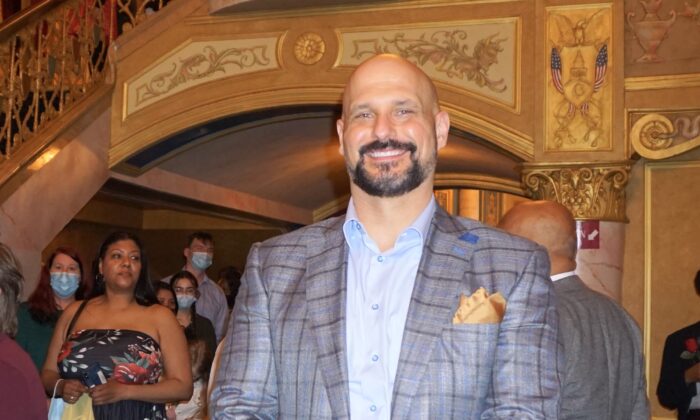 DETROIT, Mich.—The beauty of Shen Yun Performing Arts captures the spirituality of China’s traditional culture, audience members at the Detroit Opera House on April 23 said after experiencing the performance and connecting with the spiritual messages expressed by the dancers and musicians.

Moheeb Murray, a lawyer, was delighted by Shen Yun’s expression of China’s rich culture and history.

The entirety of the performance was synonymous with beauty, he said.

“I think …  the artistry, the beautiful costume design, the techniques of the dancers, [were] very beautiful. Watching that all together, [the performance] was really something to behold. I’m really impressed with it,” Mr. Murray said.

Shen Yun’s mission is to revive the traditional culture of China as it was in the pre-communist era.

“I think it’s really just a contrast to the current communist view. It’s nice to see …  that culture being preserved.”

In ancient China, there was pride in traditions and attention was given to beauty, artistry, and music, he said. He was impressed by Shen Yun’s vocalist who sang “To Heaven in This Lifetime,” the story of man’s spiritual journey.

Mr. Murray also appreciated the projected translations of the lyrics that gave the song context, which was very important.

The themes in many of the messages depicted in Shen Yun were meaningful to him and the way he views life, and he connected with the energy that emanated from the stage.

He found it difficult to find the right words to describe his experience and encouraged others to go and see Shen Yun as a unique educational experience that offers a perspective on Chinese culture that is rarely seen.

“It was spectacular. Just truly, truly enjoyable,” Mrs. Stone said. “The beauty of costumes, the color, and how [it was expressed], and their dance, the swirling … it’s just awesome.”

She marveled at the beauty of Chinese culture but felt sad to learn that it has all but been destroyed by the Chinese communist regime.

Mr. Stone echoed his wife’s comments. ”In my opinion, the communist [regime] does not represent the people of China and … how their past was,” he said. Formerly, Mr. Stone was a real estate investor.

“I love the spirituality of [Shen Yun] and that there will be a ‘coming’ and that … light will overcome the darkness … [with a message] to keep the faith,” Mrs. Stone said.

In one dance, “A Display of Great Compassion,” the dancers depict a time when people have forgotten their spiritual values and a great reckoning begins.

“That’s going to happen, and  if we keep our faith and we keep doing the right thing— kindness and compassion—and honor our beliefs, the Savior will come.”

Mrs. Stone also enjoyed listening to Shen Yun’s vocalist. “It was beautiful.  In fact, I have downloaded that [piece] on my song list. He had a beautiful voice [and] his message was awesome.”

The couple felt that Shen Yun had made a difference in their lives.

“My heart feels lighter. Especially in today’s [world], all the ugliness that’s out there …  [I] feel lighter,” Mrs. Stone said. “The body feels good.”