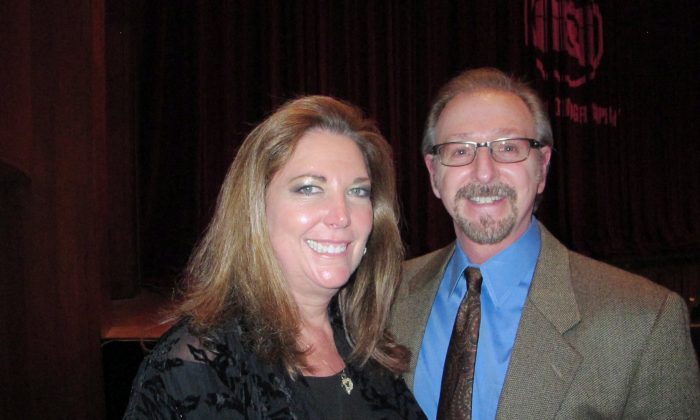 HOUSTON—Musician Tim Treadway was taken to a different realm of time while listening to the music of Shen Yun Performing Arts at the Jones Hall for the Performing Arts in Houston, Dec. 26.

“[The music] evokes a memory of history,” Mr. Treadway said. The New York-based Shen Yun’s intent is just that—to take the audience on a journey through 5,000 years of Chinese civilization. Through music and dance, Shen Yun seeks to revive the divinely inspired traditional Chinese culture that was once almost lost.

Some of the uniqueness of the Shen Yun Orchestra lay in its use of instruments—like the pipa, or Chinese lute—that are blended into a full Western symphony, achieving what no other orchestra has done before.

Mr. Treadway attended the performance with his wife Susan, who was impressed with the motion of the performance. Having figure skated for many years, the movements of the dancers especially captured her attention.

Classical Chinese dance includes hundreds of specific movements and postures, as well as a comprehensive training system with difficult tumbling and flipping techniques. Many people notice some similarities to acrobatics or gymnastics, which actually originated from classical Chinese dance.

“It almost looked like they were floating on air,” Mr. Treadway said.