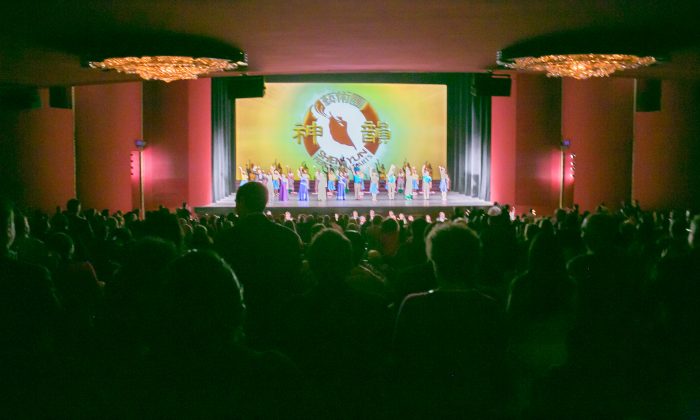 WASHINGTON—After watching Shen Yun Performing Arts at the Kennedy Center in Washington, D.C., on April 26, Doc Powell, a musical director for an African dance troupe, said it gave him “a new feeling about humanity.”

“I was just amazed at this tremendous art form that I’d never seen before,” he said.

Shen Yun is a dance and music company that was founded in 2006 to revive traditional Chinese culture through the arts.

The Shen Yun website says that China’s Cultural Revolution from 1966–1976 was “catastrophic for China’s traditional culture” and that “China’s 5,000-year-old culture was almost entirely wiped out.”

“It’s always interesting to see some of these old, artistic values and traditions being brought back to life, even for those of us who have grown up without them,” said Greg Hauptman, an attorney.

Part of the cultural revival, Shen Yun’s website says, is regaining a connection with the divine, which has been discouraged under China’s communist and atheist regime.

“Since ancient times, China has been known as the “Celestial Empire.” This refers not only to China’s strength and position as East Asia’s Middle Kingdom, it also captures a more profound meaning, describing a land where the divine and mortal once coexisted,” Shen Yun’s website said.

This connection with the divine was portrayed in dances like The Divine Renaissance Begins, which shows a Buddha saving humankind by diverting major calamities happening on earth.

“The best part for me was the spiritual connection,” said Kedar Fondekar, a security consultant at Hewlett-Packard. “It’s one of those certain performances that I absolutely got lost in the performance.”

“One of the things I really like is that they tell a story, each dance tells a story, so you learn something,” said John Kennedy, a retired mortgage finance lawyer.

Nancy An Lim, a nurse from Virginia, said “it was a dream come true” for her daughter and grand kids to be able to see it.

“This was one of the most beautiful … oriental performances I have ever seen,” she said.

Shen Yun has a live orchestra, which combines Western and classical Chinese instruments like the erhu (two-stringed violin) and the pipa (a Chinese lute).

Mr. Powell said this was a highlight for him.

“A lot of times, you go to a concert and you get entertained, but you don’t get the inspiration and the total cultural experience that I have received as a benefit of being part of this audience [tonight],” he said. “It had to have magnificent practice time, and the imagination of the conductor.”