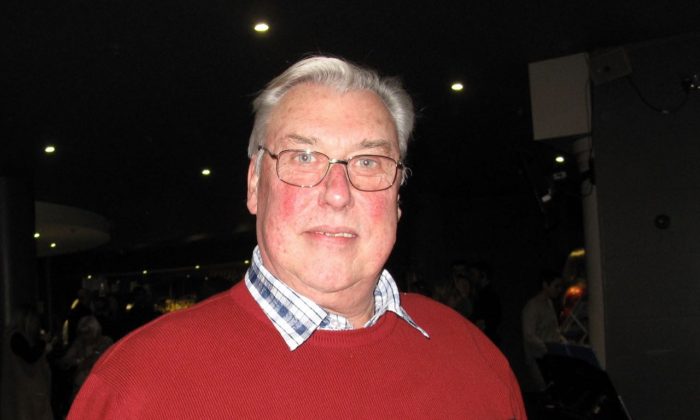 WOKING, United Kingdom—Music educator Len Tyler has worked as a professional musician for over 50 years, first in the military, then through his own music academy.

But hearing Shen Yun’s orchestra for the first time on Jan. 8, 2019 was “wonderful,” and “beautiful,” he said.

“I think the show is excellent, the choreography is wonderful, the spectacle on stage is first class, the orchestra is wonderful,” Tyler said.

He said as a trombone player himself, he particularly noted the Shen Yun orchestra’s trombone.

“I love your trombone player in the orchestra, he makes a beautiful, gorgeous sound,” Tyler said.

“The whole orchestra comes together beautifully,” he continued. “The balance, the sound, the tuning was really nice, and it accompanies what’s on stage excellently.”

Shen Yun tours the globe with a mission to revive China’s semi-divine culture that was nearly lost after 60 years of communist rule.

Dance and story pieces are accompanied by a live orchestra that blends Chinese and Western instruments, rendering a distinctive sound.

As a professional musician, Tyler said he could “hear all that’s going on in detail.”

“Particularly when the Chinese percussion and the strings come in, it blends really well. I was very impressed by that,” he said.

He also had praise for Shen Yun’s dancers, saying their artistry is “first class.”

“When the dancers come to a final pose every finger is in the same place for the entire ensemble. So it’s excellent,” he said.

“I am more deeply aware now of the length of Chinese culture,” he said. “How ancient some of it is. How traditional, and how it’s been preserved.”

Shen Yun draws from a 5,000-year history to present traditional Chinese culture and civilization on stage. The performance tells stories, brings to life the rich and varied dynasties, and shows the many ethnicities from across China.

The show also recognizes the deep connection with the divine inherent in traditional culture, something Tyler said he noticed in the performance.

He stressed that it was important for people to maintain this traditional heritage.

“I am a traditionalist,” he said. “Don’t lose your tradition, keep hold of it. Keep your folk-based songs, analyze them, keep them.”

With reporting by Xiaomin Pang and John Smithies.