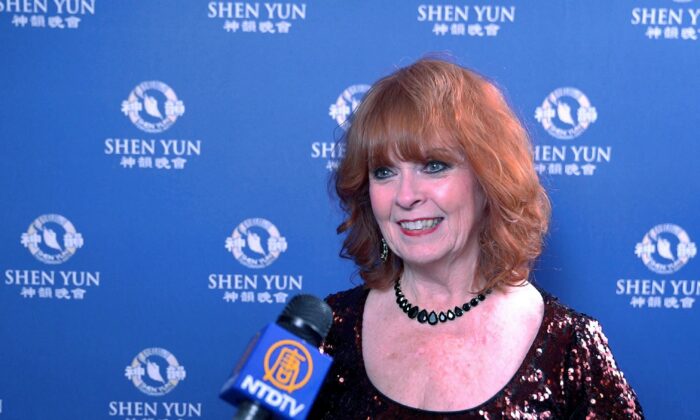 “The performance was breathtaking,” Szerszen said. “[Shen Yun] is an experience of a lifetime. I would encourage anyone to come and see it. You get so absorbed in the music, in the color, and the art. And the music is so perfect that you’d swear it was taped rather than a live performance. You can tell that the dancers are very dedicated to what they do and that they had an innate talent that they share with the audience in a beautiful way.” The 71-year-old who also holds the title of Ms. Universe Senior America 2016 and is a clinical social worker attended the performance at The Bushnell at The William H. Mortensen Hall in Hartford that evening.

New York-based Shen Yun has taken on the mission of reviving China’s traditional culture, including its innate spiritual beliefs. Through original musical compositions and highly-expressive classical Chinese dance, Shen Yun seeks to transport audience members to ancient China, to mythical and celestial realms, and even to modern-day China, where spiritual believers are using the power of compassion and faith to overcome ongoing persecution.

Szerszen was very grateful to the artists of Shen Yun for putting so much into the revival of the culture because she senses its importance at a time when so many people are slipping away from their heritage and traditions.

“So this production is extremely important to reintroduce them to their history, to reintroduce everyone to the fine history of China. And to see the dedication of these wonderful dancers who have gone and chased their dream and their art, and left their country, but for a very special reason: to share with others. So I’m very thankful that they have done something like this, and feel so blessed to have seen this wonderful performance this evening,” she said.

Shen Yun cannot perform in China today due to a campaign to eradicate traditional Chinese culture and spirituality being carried out by the Chinese Communist Party. Many of Shen Yun’s artists fled the communists’ brutality to seek artistic and religious freedom outside China, in the United States.

The veteran performer continued to describe her impression of the show’s artistry before addressing its themes of spirit and the rewards of living a principled lifestyle.

“The colors are breathtaking. The precision is immeasurable. I’ve ever seen anything like it. So it’s quite an experience … I’m so glad that we didn’t miss it. I’m 71 and I’ve never been here and this, to me, was the just an opportunity of a lifetime. My husband gave it to me as a Christmas gift, but it’s a gift that will keep on giving for the rest of my life.

“[I was] very drawn, very drawn into it, into the storylines, into the performance. It really becomes an experience where you feel like you’re living the experience. Because the actors and the dancers execute everything with such precision and such drama that it pulls you in.

“I’m an extremely religious person. And I believe that everyone has a spirit inside them, and whatever you pursue as far as your God or the person that you worship, or the thing that you worship should be valued and cultivated. So the fact that [Shen Yun’s artists] have introduced this, I immediately connected with it, and immediately connected with the fact that we’re here for a purpose, but that life goes on after this world, and that’s what I’m walking away with this evening.

A legend about the Creator is part of Shen Yun’s line up of roughly 20 short vignettes. Along with the depiction, Shen Yun passes on the ancient Chinese people’s belief that good is rewarded and evil is punished by heaven.

“For me, the whole feeling of compassion and empathy and finding your soul is very, very important,” Szerszen said.