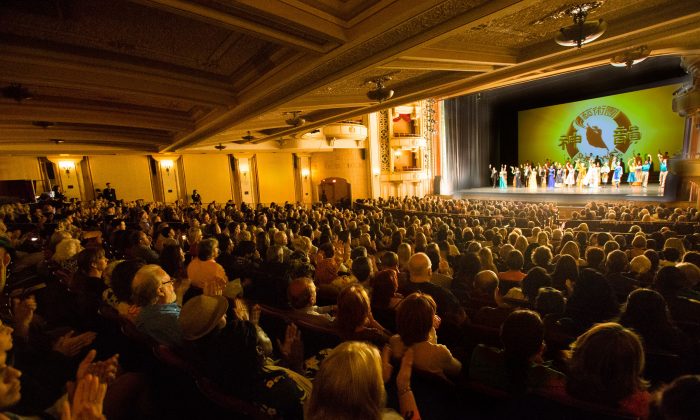 SANTA BARBARA, Calif.—”It started it out superbly, but then got much better,” Mr. Larry Crandell said of Shen Yun Performing Arts on April 30 at the Granada Theatre.

Known as Mr. Santa Barbara and the city’s favorite emcee, Mr. Crandell has helped raise hundreds of millions of dollars for local causes from youth initiatives to arthritis foundations. He celebrated his 94th birthday just last month, and is still an upbeat civic figure in his community.

“It was an inspiring performance,” said Mr. Crandell of the classical Chinese dance and music performance he had just seen.

Just how does one show 5,000 years of Chinese civilization? Through something of “colossal size,” Mr. Crandell said.

“They did a wonderful job of showing how big and great it can be,” he said.

New York-based Shen Yun told this story of civilization with about 20 pieces. It included bel canto soloists, who Mr. Crandell said sang with “great sincerity, a great purpose, and I think anybody listening had to be influenced.”

It also included folk dances from China’s different regions from the north to the south. It had ethnic dances from the 50-plus minority groups, like the Mongolians and Tibetans. There were classical Chinese dances from the Han, Qing, and Tang Dynasties and so on.

And all of it with hundreds of original costume pieces, a full Western orchestra with Chinese instruments playing in tandem, a digital backdrop showing scenes from the heavens to the seas, and bilingual emcees to introduce each piece.