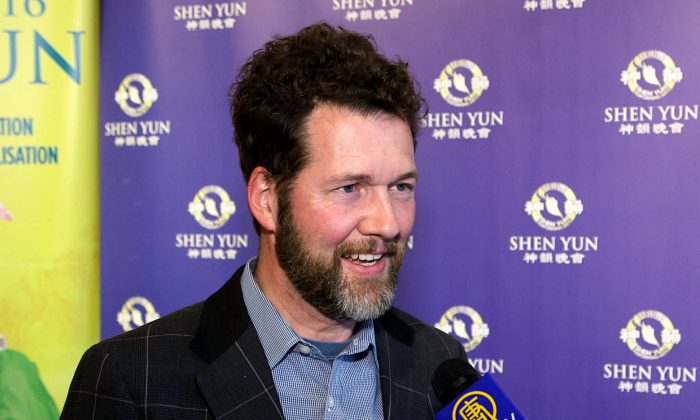 OTTAWA, Canada—Canada is a land of immigrants, where cultures from around the world are celebrated. But after Member of Parliament Scott Reid saw Shen Yun Performing Arts at the National Arts Centre on May 8, he observed in the show a celebration of different cultures and ethnicities, reflecting a kind of multiculturalism.

“It was great. It was really good,” he said of the classical Chinese dance performance showcasing ancient Chinese culture.

He said it was a great way to spend Mother’s Day with his wife, Robin, and their two children.

“Chinese culture is so much older. Canada only goes back a couple of hundred years. China goes back 5,000 years. So having that much [of a gap] makes it fascinating and it has a deep feeling to Westerners,” Mr. Reid said.

Shen Yun excels at taking stories and legends from China’s 5,000-year history and presenting them to audiences through music and dance—both ethnic and folk dances representing China’s many dynasties and regions, as well as classical Chinese dance.

“In Canada we put a lot of emphasis on multiculturalism, the idea that all cultures are welcome, and I thought it was interesting the way that you see a kind of multiculturalism in the show,” said Mr. Reid.

“You’ve got traditional Chinese themes, Mongolian themes, and also the way the instrumentation is a combination of Chinese and Western classic instruments. In the West we have this idea that we’re multicultural and everybody else is unicultural, and that’s not true, China’s also got the capacity to bring together multiple cultures.”

“The performers did a really good job of showing aspects of Chinese culture but also the other cultures,” he added. “I thought that was nicely done.”

The hallmark of Shen Yun is classical Chinese dance, an ancient art form that is being revived by the New York-based group. Passed down and enriched over thousands of years, classical Chinese dance has deep roots in traditional Chinese ideas about beauty and grace. It is also physically demanding, incorporating dramatic flips and tumbling techniques that share a common ancestry with martial arts.

“It was very impressive—it’s dazzling from my perspective,” said Mr. Reid. “I’m not very knowledgeable about dance but it looked really neat to me.”

Mr. Reid said seeing Shen Yun “was a nice way to spend some family time together.”

Reporting by NTD Television, Donna He, and Joan Delaney