Most Beautiful and Most Memorable Show Ever Seen 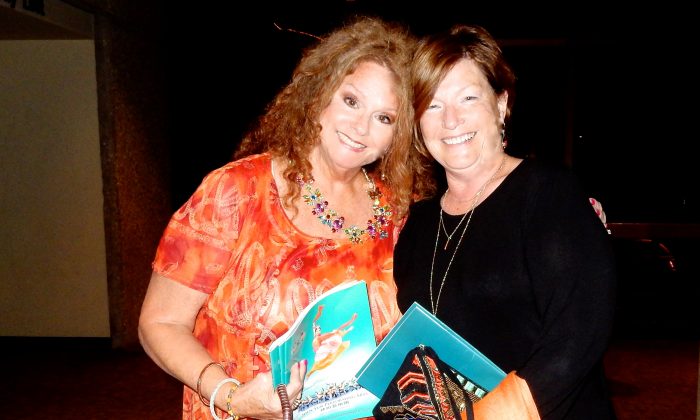 BATON ROUGE, LA—”The show took my breath away. It really did. Shen Yun was the most beautiful and the most memorable performance that I have ever seen,” said Brenda Dunnagan. These were the first words she uttered after seeing Shen Yun Performing Arts at the Baton Rouge River Center Theater on March 25, 2015.

Ms. Brenda Dunnagan, a retired real estate agent and dancer, with a dance group call the Ya Yas Group. “We dance for people who live in nursing homes and those who are on assistant living at home,” she explained.

“The unique feature, the backdrop and the animation was most enjoyable. I have never seen anything like that technology. It was breathtaking. I hardly could breathe and didn’t want to move. I didn’t even get up during intermission,” Ms. Dunnagan said.

“The backdrops are magical windows to completely different realms … the digital projection infinitely expands and transforms the stage,” says Shen Yun on its website.

Through its artistry, Shen Yun aims to share the cherished values of ancient China with the world.

Ms. Dunnagan continued, “the spiritual aspect, the undertone of joy, forgiveness, hope and just the portrayal of love and emotion is something that is forever imprinted on my mind.”

“Through the universal language of music and dance, Shen Yun weaves a wondrous tapestry of heavenly realms, ancient legends, and modern heroic tales, taking you on a journey through 5,000 years of Chinese culture. Its stunning beauty and tremendous energy leave audiences uplifted and inspired,” said Shen Yun on its website.

“The hope and the love was displayed by all of the performers. The men, were so gracious and respectful to the women,” Ms. Dunnagan said.

Reporting by Stacy Chen and Heide B. Malhotra