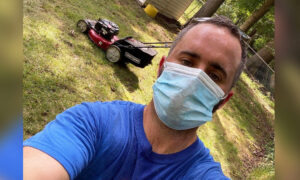 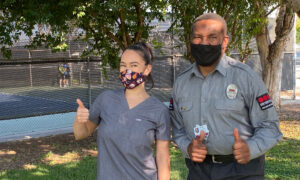 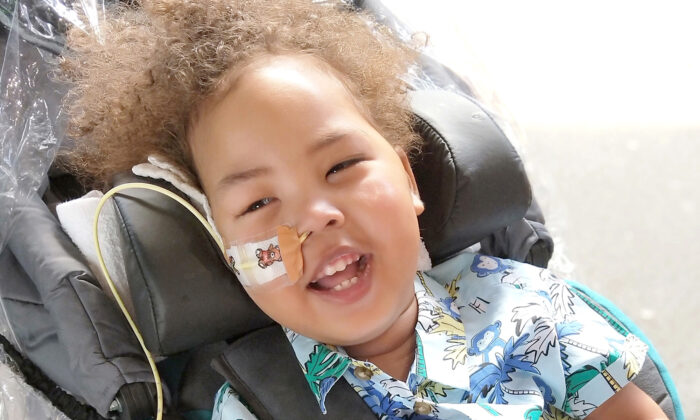 The 4-year-old boy was the youngest-known Parkinson’s disease patient in the world.
By Louise Bevan
Print

After losing her 4-year-old son, the youngest-known Parkinson’s disease patient in the world, a grieving mom from Australia wanted nothing more than to hug her family tightly at the funeral.

However, social distancing forced her loved ones to remain separated.

Rebecca Marsh, 41, shared her experience of loss during the pandemic in the hope of encouraging the general public to act with consideration and help subdue the spreading of the pandemic so that the social distancing protocol can be relaxed.

The Melbourne-based single mom of two her lost Jahleel on Aug. 1. He suffered a heart attack in hospital, Australia’s 7 News reported.

Jahleel was the youngest-known Parkinson’s disease patient in the world. His official diagnosis was amino acid decarboxylase deficiency (AADC), an extremely rare neurological disease often referred to as “Children’s Parkinson’s,” the report said.

Jahleel passed away while waiting on a lifesaving gene replacement therapy in Warsaw, Poland. Marsh had been fundraising for the treatment, but it was postponed in May because of the COVID-19 travel restrictions.

“Jahleel was a bit sick for a month,” the mom said. “His oxygen dropped suddenly at home, so we got an ambulance and took him to the hospital.”

Once he was in the ICU, the little boy’s condition seemed to improve.

“[T]he nurses said he was smiling and happy,” Marsh said. “Then on Monday (July 27), he took a big breath and then stopped—he suffered a cardiac arrest.”

Jahleel clung on for five more days before eventually losing his fight for life.

Not only did Marsh and her 11-year-old son, Khaleed, have to navigate their emotional trauma, but they had to organize Jahleel’s funeral in the midst of a pandemic.

“It is hard enough for anyone to have to say goodbye to their child,” Marsh told Caters News, “but COVID has made it so much worse.”

Marsh was unable to call more family members and close ones on the funeral for her son as the restrictions in Melbourne, the epicenter of the outbreak in Australia, enforced a mandatory limit of eight guests. The small-scale funeral, she admitted, was an extremely lonely experience.

“My close family couldn’t be there, as they live out of the state and there are border restrictions. Everyone had to wear masks, so you couldn’t see their faces, and they couldn’t sit near each other,” she said.

“We were not allowed to hug, which was so hard. It goes against human nature for people not to be able to comfort someone who is crying and has just lost their child,” she told Caters News.

Marsh added: “Simple things like dropping off food or seeing friends, all the normal things that you do when someone has just died, couldn’t happen. […] and it’s just those little things that all made it so much more difficult than it already was. It was a very lonely time which was made so much harder due to the pandemic.”

On top of everything else, Marsh was haunted by the belief that her son’s tragic passing could have been prevented if they had been able to fly to Warsaw.

“If the pandemic didn’t happen, Jahleel would still be here,” she said. “I have seen the amazing things gene replacement therapy has done for other children … I just wish he could have got the chance.”

“[Khaleed] could only spend one hour with his brother because of the restrictions in place at the hospital, he did not have enough time to say goodbye,” she said.

Marsh was her son’s full-time carer and has been out of work since Jahleel’s passing. “But now my carer’s payments have stopped,” she told Caters News, “and it is near impossible to find a job in the current situation.”

The struggling mom’s friend, Sarah Mackie, launched a GoFundMe campaign in the hope that donations would help Marsh and her eldest son in the weeks following Jahleel’s death.

“I need the time to grieve with my son,” Marsh said.

“Jahleel was so special. I miss his smile and his giggles, he lit up the world when he would laugh.”