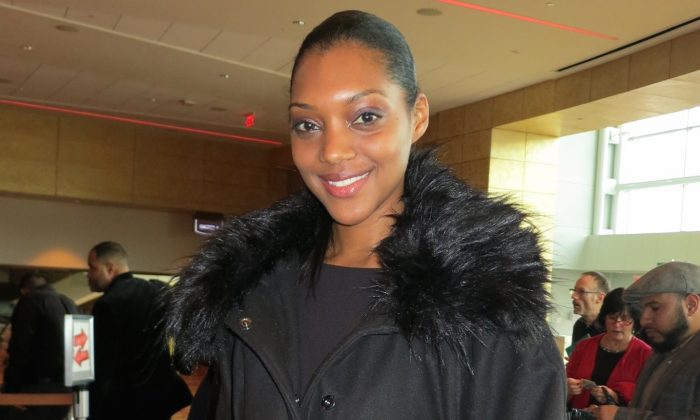 Ms. Rampersad came to see Shen Yun with her sister and parents. They had seen the advertisements and were very keen not to miss this opportunity.

Based in New York, Shen Yun brings five millennia of history and culture to life on stage through music and dance. Shen Yun features classical Chinese dance, as well as Chinese folk and ethnic dance, presented in the form of mini-dramas depicting classical tales and legends as well as stories based in modern times.

The performance also had an educational aspect for Ms. Rampersad. “I learned a little bit about the culture of dance … that was pretty cool. It’s awesome.”

The Shen Yun website states, “Classical Chinese dance has a long history of thousands of years, passed down continuously within the imperial palace and ancient Chinese theater and opera. Soaking up profound wisdom from every era and dynasty.”

The dance, combined with all other elements that make Shen Yun a unique performance, such as the hundreds of colorful costumes, animated backdrops, and a live orchestra, left Ms. Rampersad in awe.

“It’s just beautiful. All the colors that are on the stage and the music going to the dancing, … the dancers are so graceful. They’re just really pretty,” she said.