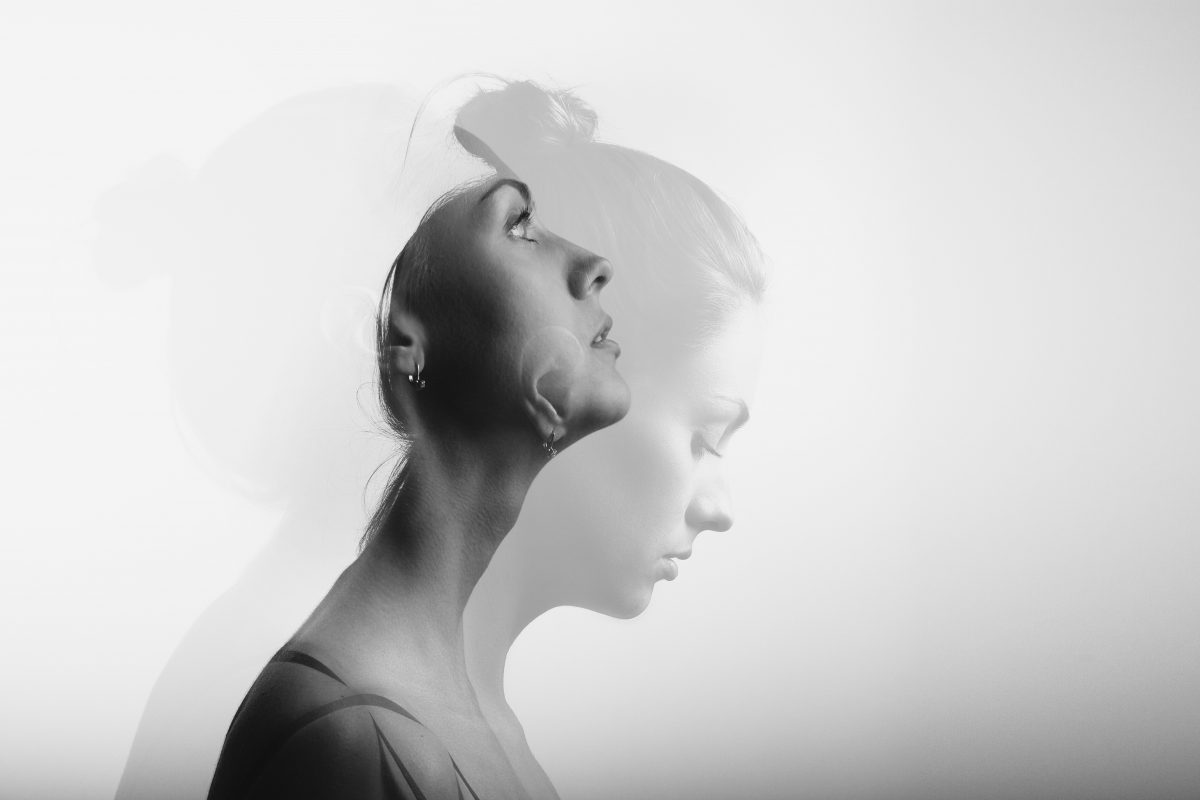 Sometimes an event shocks us, leaving us with a feeling of profound helplessness that can echo through us again decades later. (ImYanis/Shutterstock)
Health

When Trauma Gets Trapped in the Body

How we can overcome the shame, face the pain of life’s unexpected jolts of agony
BY Conan Milner TIMEMarch 25, 2021 PRINT

Imagine if the sound of footsteps made you fear for your life. It’s a feeling that author Karen Stefano suffered from for more than 30 years.

“When I go out on my runs, I’m very conscious of anybody running behind me and the sound of feet slapping concrete,” Stefano said. “Sometimes, I want to pat myself on the back about how I cope, but then I go through episodes where I think, ‘I haven’t grown at all. I haven’t gotten over this.”’

Not all footsteps trigger a panic attack, but Stefano never knows when her fear will strike. She recalls one episode a few years ago, when she was walking down the street on a sunny San Diego morning. It was a safe area. Plenty of people were milling around. But when Stefano heard the sound of a man jogging behind her, she became overcome with dread.

“I spun around and almost screamed at the poor guy. He was just mortified and apologized profusely even though he had done absolutely nothing wrong,” she said.

Stefano explores the source of her fear in her book, “What a Body Remembers: A Memoir of Sexual Assault and Its Aftermath.”

In the summer of 1984, Stefano was a 19-year-old sophomore at UC–Berkeley. One night, as she was walking to her off-campus apartment, she heard the footsteps of a man who would cast a long shadow on her life.

As she made her way to her apartment building just before midnight, Stefano saw the man on the street. At first, she dismissed his presence—probably just a grad student—but once she heard his footsteps change course and follow her into her building, she felt a twinge of concern. A few moments later, the man’s wild blue eyes met hers and his motives became clear.

“My body knew his intentions,” she said.

The man cornered Stefano in the tunnel-like concrete hall that led to her apartment. He revealed a knife, and grabbed her 110-pound body tightly from behind. He held the knife to her throat with one hand and covered her mouth with the other. She was stunned at first, but then she began to scream. Her attacker struggled to silence her, but her screams only grew more ferocious.

As the sound of neighbors opening their doors crept into the hallway, the attacker released her. She fell to the ground as his footsteps trailed off into the night.

Stefano sustained little physical harm—just a puffy bruise on her lips where her assailant gripped her mouth—but even today, the aftermath still lingers like a scar that refuses to heal. She says the worst part is the shame that accompanies it.

“Back in 1984, PTSD was not a well-known term. It was just coming into the lexicon. I certainly didn’t know there was a name for what I was going through. I didn’t cope. I just denied what I was experiencing with the mantra: ‘I’m fine.’” Stefano said.

Part of what generates shame for a victim following trauma is a loss of control. First, you find yourself at the mercy of high-stress circumstances. Then, your panic gauge seems to be broken. Days, weeks, or even years later, when it’s objectively clear that there’s no danger in sight, your body may still react as if another threat is just around the corner. You try to convince yourself that everything is fine, but your body is still stuck on high alert.

“There is a societal pressure to project an image of having it all together,” Stefano said. “But you don’t just get over it, as much as you’d like to.”

Why does fear maintain its hold on us long after the traumatic event has passed? According to Erica Hornthal, a licensed clinical counselor and board-certified movement therapist specializing in PTSD, your body isn’t working against you. It’s just trying to protect you.

“At the heart of it is safety,” Hornthal said. “This is a survival mechanism that we’ve had since the beginning of time. It’s that very primal part of us that we forget is there sometimes, but that’s the part that’s really trying to keep us safe.”

Hornthal describes a panic attack as a kind of flashback, plunging you into the past to relive the feelings of a traumatic event, even when your environment poses no actual threat. She explains that memories aren’t formed in the same way in trauma as they are when we’re not under stress. So when we confront a trigger that resembles the traumatic event—like footsteps, for example—those same fight-or-flight feelings can come flooding back.

“The body doesn’t know everything is OK. It’s just responding to the stimulus,” Hornthal says.

Giving Voice to the Pain

Hornthal says that when trauma victims are faced with losing so much control, they often blame themselves as a way to regain some control. However, this only amplifies the shame.

“We can internalize it, and make ourselves feel like we brought it on. We will rationalize that it was our fault: ‘If only I would have done this or hadn’t done that,’” Hornthal said.

According to Stefano, we can only counteract this shame by finding a voice for those feelings.

“By talking about it, you take away the shame,” she said. “Secrets don’t help you heal. It’s only by shedding some light on our issues that we can make them go away. We can make them more manageable, then we can help other people.”

But being able to process and talk about these feelings can take a lifetime, especially if you don’t have the skills or the support necessary when the trauma first strikes.

Stefano says her panic came and went over the course of her life on its own mysterious time frame. It slowly faded a few years following the incident. And it seemed to disappear completely during the years she worked as a criminal defense attorney. During that time, she represented many violent individuals, some of whom committed sexual assaults similar to the one she suffered. But Stefano says she didn’t feel any panic, only compassion.

“It’s a paradox, but I came to develop compassion for these very flawed human beings,” she said. “I was honest to God the only person on earth fighting for them. Many of them didn’t have a family. They didn’t have money. They didn’t have any prospects. They were severely psychologically damaged, and the prosecution was out to string them up.”

Stefano’s panic returned with a vengeance about five years ago, when she was enduring several new traumas: financial problems, a devastating divorce, and her mother’s dementia. During this time, the old memories and panic attacks related to the assault of her college days came flooding back. The difference was that now she had acquired wisdom, perspective, and knowledge she lacked when she was 19.

“That’s when I started to actually do some beneficial coping mechanisms, like going to therapy,” she said.

Hornthal sees a similar pattern in her patients. She says even those who think they’ve processed their experience and have successfully moved on are often forced to confront these feelings again.

“They’ll say, ‘I thought I processed this. Why is it coming back?’ It’s because a part of your brain is still storing it,” Hornthal said. “As we’ve seen with the recent Me Too movement, people are coming out 15 or 20 years later to tell their stories, and it’s often because they’re just not able to speak about it [until then].

Listening to the Pain

In addition to talking with a therapist, Stefano has also found relief through running, and EMDR (Eye Movement Desensitization and Reprocessing)—a proven trauma recovery method that involves lateral eye movements.

We typically think of talking as the primary mode of processing an experience, but movement may be a significant part of the puzzle. Experts say the body also needs a way to voice its own story in order for us to truly move on.

As a movement therapist, Hornthal believes addressing the physical body is essential for trauma recovery. She says movement is what allows the stuck feelings to resurface so that we can vocalize them.

“That’s what it takes to release those trapped emotions, and for us to really rewire, reintegrate and change the brain,” Hornthal said. “Movement is the first language that we learn. As we get older, typically our higher brain takes over, and we can start to rationalize why we feel a certain way. We don’t necessarily listen to our body like we used to.”

In addition to moving our body in ways to release the trauma, we also need to be open to what our body has to say once the feelings come bubbling to the surface. Most of us tend to ignore the signals our body gives us, but it’s especially difficult when it’s trauma-related because the messages our body has to deliver in these cases can be very painful.

“It’s about identifying those feelings, and when you’re working with trauma and people who have experienced incredible pain, a lot of it is painful,” Hornthal said. “It feels counterproductive to feeling better. Why would I want to sit in my misery? I just want to feel good.”

It’s certainly not fun, but it’s necessary. Because unless we take the time to sit in our discomfort and acknowledge the pain we feel, it will continue to haunt us.

Stefano sees the same dynamic playing out in her most recent trauma: her mother’s death. She died just a few months ago, and Stefano says she’s watching herself do the same dance of denial she did when she was 19. She says she knows better now with everything she’s learned, but still finds herself avoiding the pain.

“I believe our minds will do anything to avoid pain and processing pain,” Stefano said, “but if your mind keeps pushing it down because you don’t want to feel the pain, your body is going to make you address this one way or another. It says, ‘We can do this the easy way, or we can do this the hard way.”’