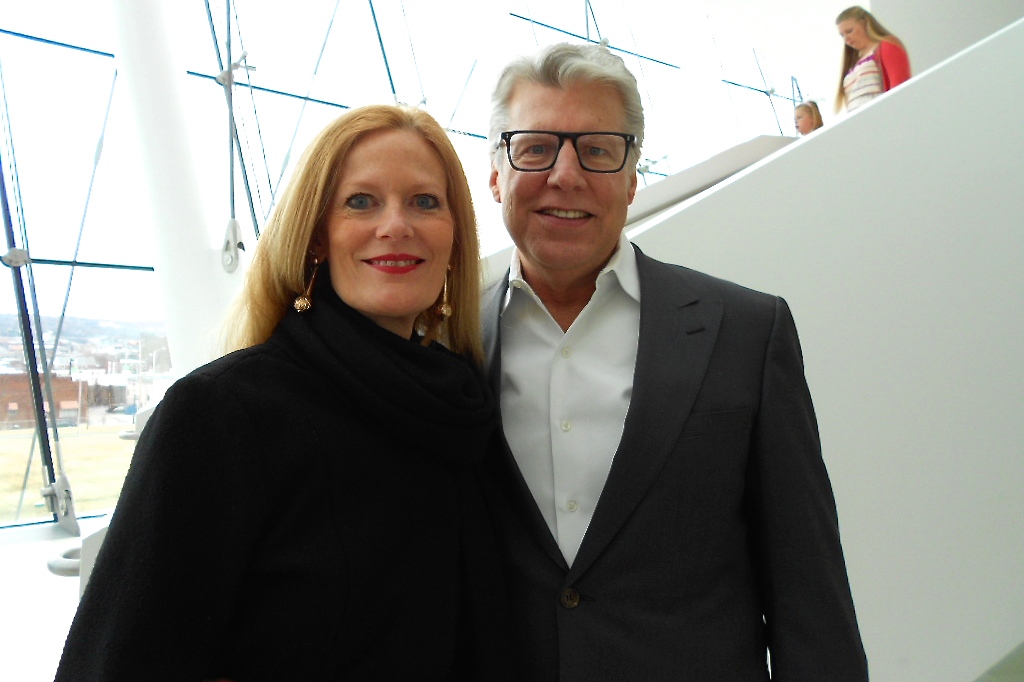 Minister Says of Shen Yun, ‘It goes beyond any worldly description’

KANSAS CITY, Mo.—Rev. Duke Tufty found Shen Yun Performing Arts performance “to be absolutely majestic. My heart went into it, and my mind wrapped around. It was the most fabulous thing I ever saw. Most of the time, I was in a state of awe. It goes beyond any worldly description.”

The minister of Unity Temple on the Plaza saw the last Kansas City performance at the Muriel Kauffman Theatre on March 30 with his wife, Lisa Fanning, a curator at the Nelson Atkins Museum.

“It was really wonderful,” Ms. Fanning said. “We’re so happy [Shen Yun’s] here and doing this. It’s absolutely beautiful.” She mentioned that the Nelson Atkins has a wonderful collection of Chinese art.

Not only do the dances depict various dynasties, they also demonstrate traditional and folk dances from the more than 50 ethnicities in China.

“I like the diversity of the dances, the classical with the folk,” Ms. Fanning said. She also complimented the music, both the erhu, a two-string Chinese violin, and the soprano. “It’s all very diverse. It’s beautiful,” she said.

About the digitally projected art behind the performers, taking audiences to celestial palaces, emperor’s courts, and Tibetan mountaintops, she simply said, “Beautiful.”

Rev. Tufty commented on overall the spiritual foundation of the performance, saying, “I found it to be fascinating that although a greater power has tried to oppress it, it is like a blade of grass that continues to come back and grow. It can’t be stomped out, and I think that’s wonderful,” he said.

He was referring to ideas expressed well on the company’s website: “China was once known as Shen Zhou—The Divine Land. This profound name describes a land where deities and mortals coexisted, and a belief that the divine transmitted a rich culture to the people of the earth.”

“Unfortunately, over its past 60 years of rule, the communist regime has treated traditional Chinese values—centered on the idea of harmony between heaven and earth—as a threat to its existence,” Shen Yun’s website explains. “And in its systematic campaigns like the Cultural Revolution, it has uprooted traditional beliefs and destroyed ancient treasures—bringing traditional 5,000 years of civilization to the brink of extinction.”

Yet Shen Yun thrives with now four companies reaching more than 20 countries and over 100 cities a year to excite theatergoers, who describe it, as Ms. Fanning did, saying, “It was lovely.”