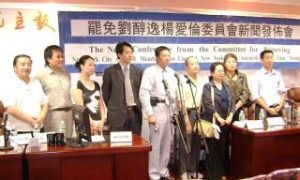 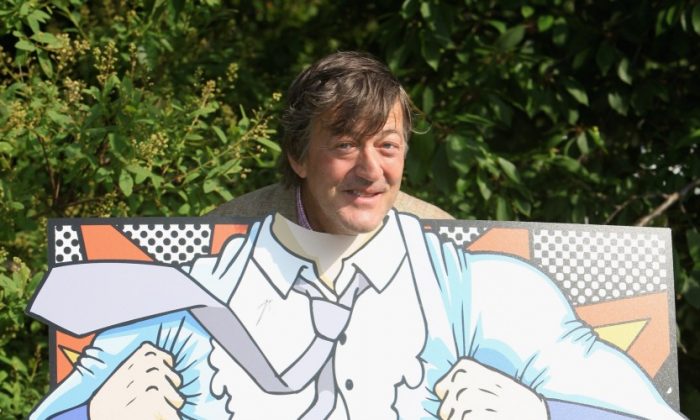 Comedian Stephen Fry launches a campaign 'Get It Off Your Chest' to encourage men to seek help for mental health problems in 2009 in London. (Tim Whitby/Getty Images)
Mind & Body

People with mental health difficulties are becoming more accepted in British society and experiencing less discrimination, according to new research.

The study led by King’s College London’s Institute of Psychiatry (IoP) was an evaluation of the first year of the “Time to Change” campaign, England’s largest ever initiative to change attitudes and behaviour towards mental health and end the associated stigma.

Encouraging results of the study, undertaken between 2008-2009, show that the number of people reporting no mental health discrimination has improved by 4 per cent. Study participants, adults who were selected at random from NHS records, also reported 20 per cent less unfair treatment in their lives including in employment, relationships, medical health, and education, amongst others.

“These are very promising early findings and suggest less discrimination in several important aspects of the people’s everyday lives,” the co-lead researcher Dr Claire Henderson from the Health Services and Population Research (HSPR) Department at the IoP said in a statement.

Henderson acknowledged that people with mental health problems are often stigmatised and hoped that the outlook signified a positive trend for the future with sustainable results.

Time to Change aims to improve public attitudes towards people with mental health problems and reduce discrimination both by 5 per cent, according to its website.

The programme features a nationwide media and marketing campaign and mental health service user led projects to raise awareness of the issues and engage communities in discussions and challenge prejudices. Work to improve policy and practice around mental health discrimination in organisations across the board has also been taking place.

At the outset of Time to Change its “Stigma Shout” survey showed that 87 per cent of people with mental health problems had experienced negative effects of stigma and discrimination on their lives.

Sue Baker, director of Time to Change, said in a statement, “It is tragic that nine out of ten people with mental health problems in England report discrimination.” The stigma and exclusion on top of psychological and emotional difficulties compounds the problem and “are life limiting for millions of people and, for some, life threatening experiences,” Baker said.

When Stephen, a 19-year-old blogger on the Time to Change website, who is diagnosed with type II bipolar disorder (BPD), was discussing attitudes towards mental illness with his fellow psychology students he was shocked at “not only how little they knew but their preconceived notions of “nutjobs” and “crazies,” like they could spot someone with mental health issues like we have a bell round our necks [sic],” he said. The onset of BPD led to his isolation. “The few friends I had previously became more distant, I distinctly remember how they told me “it’s all in my head” and to “snap out of it,”‘ he blogged.

Another anonymous blogger also experienced a lack of empathy from fellow psychology A Level students. “I remember getting so angry when my classmates laughed through a documentary about people with agrophobia, and when the teachers made light of schizophrenia.”

Time to Change is urging people with mental health problems to “make a pledge to start a conversation” on its website. Joining the more than 22,000 who have made pledges is comedian Stephen Fry. “I want to speak out, to fight the public stigma and give a clearer picture of mental illness that most people know little about,” he states. Diagnosed with bipolar disorder at the age of 37, Fry was shocked to discover the level of prejudice in society and is calling for better public awareness.

“Once the understanding is there, we can all stand up and not be ashamed of ourselves, then it makes the rest of the population realise that we are just like them but with something extra,” he states on the website.

The Time to Change programme is run by the charities Mind and Rethink Mental Illness.