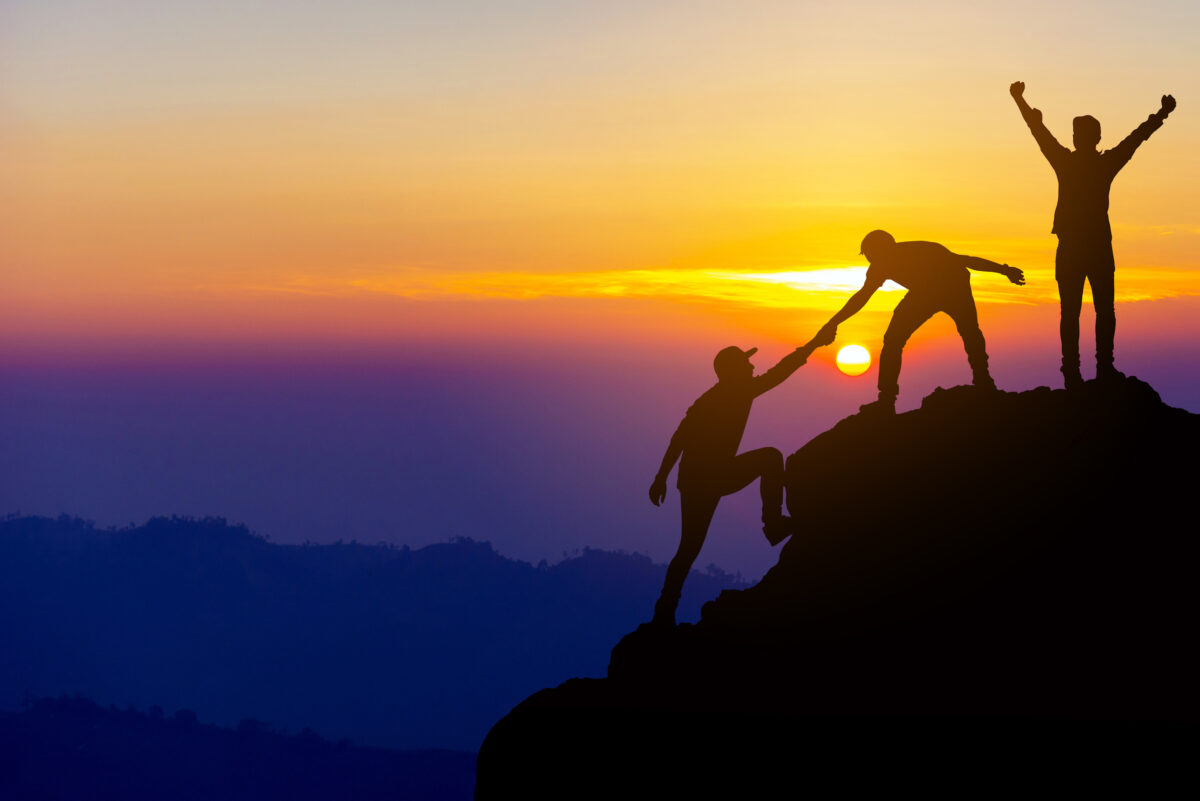 With depression and anxiety at all-time highs, there aren’t nearly enough mental health professionals to handle the coming tsunami of mentally unwell Americans.

“Every day, people call my office looking for help: A loved one has not left their bed in a week. A father is experiencing panic symptoms while preparing his children for school. A young woman is using substances in a way that feels dangerous to her. These are not the worried well. They are people in crisis.

Their conditions are complex and acute, and require the expertise of a psychiatrist who can talk with them, assess possible medical causes for their problems, manage withdrawal, prescribe medications when needed, and connect with other providers … Before the pandemic, I could almost always help. I would be able to find time to meet someone for a consultation, or make a few calls to secure the right referral.

But now, my every available hour — even those that jut into my ability to meet my obligations to my family — is full. My colleagues tell me the same. They are starting work earlier, working later, contending with long waitlists and their own limits. All the while, patients in crisis are going without psychiatric help.”

Depression and Anxiety Are at All-Time Highs

According to the most recent Household Pulse Survey,[2] conducted by the U.S. National Center for Health Statistics, 27.3% of American adults now struggle with depression and/or anxiety, and that’s in addition to the 40 million Americans who report substance use disorders[3] and the 14 million who have more serious mental illnesses.[4]

“There are about 33,000 practicing psychiatrists in the U.S.[5] By my back-of-the-napkin math, if all of us were treating only people with depression or anxiety, each of us would have to see more than 3,000 patients a year,” Drake notes.[6]

The Price of Fearmongering

While Drake doesn’t go into the causes behind the mental health crisis, it’s fairly obvious that this is the price society is paying for our government’s ill-conceived and irrational pandemic measures and the nonstop fearmongering. NPR contributor Kat Lonsdorf describes the constant fear of kidney transplant patient Jullie Hoggan:[7]

“While the surgery was successful and Hoggan is now vaccinated and boosted, she is still severely immunocompromised and has to take significant safety measures.

‘I’m so nervous. Like, my heart rate is through the roof when I’m out for anything,’ she said. ‘And I wonder if I’m ever able to be out safely again and be normal and go out to a store. Am I going to be feeling that forever?’

Hoggan works from home, rarely leaves the house, and when she does, it’s incredibly stressful. Her husband and college-age daughter both wear masks at home and have to be extremely careful about who they see and what they do.

Hoggan’s pandemic experience carries no violence and there have been no explosions or assault, which is why she has a hard time calling it trauma. But Arthur Evans, CEO of the American Psychological Association (APA), says viewing the world as unsafe can be a symptom of trauma.”

A Nebulous and Hard-to-Define Trauma

As noted by Lonsdorf, trauma typically involves some kind of life-threatening event or something that leaves you feeling fearful and/or helpless. Many who have religiously followed mainstream news over the past two years have clearly been traumatized, feeling as though death is imminent and there’s no escape. The death-dealing blow — in the form of an invisible virus — could come from anyone, including loved ones. No one was “safe” to be around.

What’s more, the pandemic wasn’t an isolated incident that could be processed and recovered from. Roxane Cohen Silver, a psychologist with expertise in collective trauma, likens the pandemic to a “slow-moving disaster” that “escalated in intensity over time” — and to this day doesn’t have a clear endpoint.[8]

He tells Lonsdorf,[9] “We need to be very precise … because if we don’t know what we are treating, we may give the wrong treatment.” He believes we need “a new term, a new language” to accurately define our circumstances. “That’s really what I’m encouraging us to do — to really identify what is making us all feel like we’re barely hanging on,” he says.

Officials Are Unwilling to Let Go of the Fearmongering

Whatever we end up calling it, it’s clear that our government’s and media’s response to the pandemic has been a key causative factor behind this mental health crisis. It’s also notable that even though COVID-19 has become endemic in most parts of the world, causing few deaths, the pandemic has not officially been declared “over.”

In early March 2022, the World Health Organization said discussions about when and how to declare an end to the pandemic were underway, but that “we are not there yet.”[10][11][12]

In the U.S., July 15, 2022, the CDC extended for another 90 days the public health emergency that’s been in effect since the pandemic began.

In alternative media circles, fear of the virus has been tempered by more clearheaded analyses of statistics and data, showing that the real-world risk is actually quite limited, and that there are highly effective early treatments available even if you do get infected.

My guess is that those who now, two years in, are still struggling with overwhelming feelings of fear and anxiety about the virus are the ones who for whatever reason weren’t exposed to these comforting data, or chose to dismiss them (which is what mainstream media told them to do).

And, if they persist in following the legacy media, there’s really no relief in sight for them. While many now accept COVID-19 as another version of, or addition to, the seasonal flu, and are going about their lives more or less as usual, the mainstream media are trying to pump up the fear level yet again with — you guessed it — other variants.[13][14]

Truth Is a Big Part of the Remedy

This fearmongering is again based on the lie that the PCR test can identify an active infection (it can’t), and the false idea that asymptomatic spread is a driver of infection (it’s not). Time magazine also promotes the false idea that the COVID shot is “extremely effective at preventing severe disease” and that Omicron causes milder symptoms only in “healthy, vaccinated people,” even though real-world data suggest otherwise on both accounts.

Even questions about remasking have popped up again. “Is It Time to Start Masking Again?” The Atlantic asked April 8, 2022.[16] According to The Atlantic, in the face of new variants, we ought to prepare “by having good masks on hand — and being mentally ready to put them on again.”

It’s that kind of mental preparation to face death every day and the useless ritual of donning a mask that is driving people to the brink of their mental endurance. Masking was futile from the start, but that doesn’t stop the mainstream media — which gets its talking points from those trying to figure out how to shove The Great Reset down our collective throats — from pushing this worn-out and wholly unscientific narrative.

Totalitarianism Is Built Through Fear

Let’s face it, they need us to be fearful because, otherwise, they know we won’t comply with what’s coming next.

For The Great Reset and Fourth Industrial Revolution to come to pass, the great masses must be willing to give up their freedoms and submit to more invasive surveillance and control, and for that, their fear of imminent death must eclipse all other concerns.

The good news is about half the population (in my estimation) have worked their way through the propaganda and no longer fret unnecessarily. Around the U.S., people are standing up to tyrannical and irrational COVID measures, be it mask and vaccine mandates or inhumane COVID rules in the hospitals.

In Tennessee, for example, a new state law will force hospitals to allow end-of-life visitations for COVID patients, so that they won’t have to face death alone.[17] As noted by Dr. Jason Martin, an ICU doctor who’s been on the frontlines since the beginning of the pandemic, “End-of-life care in an ICU with COVID is terrible,” and watching patients die all alone, separated from their families “is a life-changing experience.”

Be a Role Model

There are no simple answers to the mental health crisis facing us, but putting an end to unnecessary fearmongering, I think, is a task that needs to be shouldered by those who still chose to work in mainstream media. On an individual level, it may mean shutting off MSM news altogether.

Those of us who have not succumbed to irrational fear (or who have worked our way out of it) can also act as a lifeline to untold numbers of people by sharing information that empowers rather than enforces fear, and by being role models in the way we go about our lives.

Don’t wear a mask to appease people’s fears. Let people see you smile. Be friendly and optimistic when in public. You never know how seeing you enjoy life might benefit someone who feels the world has become an unsafe and scary place.

In the long term, we need additional solutions — we need more qualified psychiatrists and therapists, for example — but in the meantime, we must do what we can, on an individual level, to ease the collective pressure, and we can begin by simply demonstrating that a different reality is possible.

The collective has been squeezed, mangled and brought to the precipice by a few in power. Many have been broken down in this process. It’s now time for the rest of us to take the reins and steward our fellow humans back to reality, back to sanity, by being firm yet kind, principled, ethical, truthful, rational and optimistic.