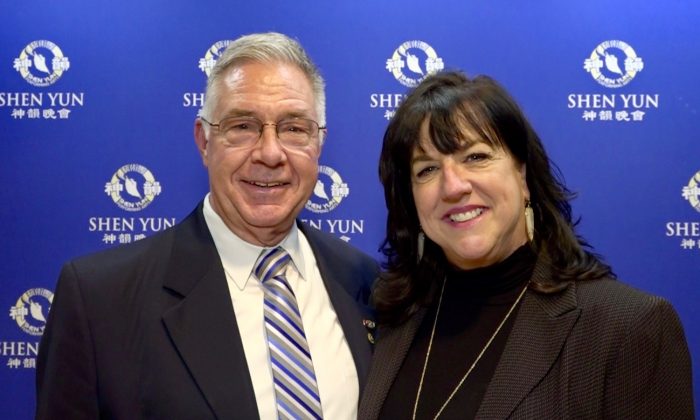 “We’re having a wonderful time. The dancing is just spectacular. The choreography is so precise, and the costumes … the use of the animation which really comes alive for you right there on stage.”

“[What] I particularly enjoyed was hearing the narratives that were given between each one. So it helped you with the interpretation of the dance.”

“It’s given me a whole new perspective on this [traditional Chinese culture]—and that these dance moves that appear to be gymnastic are really based on Chinese dance. I hadn’t known that. And so it was eye-opening. It was educational.”

“All the dances combined together into—certainly a celebration, I did hope that those who are here tonight have been able to absorb that and understand that there is this subtle, yet very present, message that is being presented through Shen Yun.”

“It’s rewarding to be able to sit here tonight and to take [traditional Chinese culture] in, here in College Station, Texas, of all places … and to see an auditorium like this pretty much filled up.”