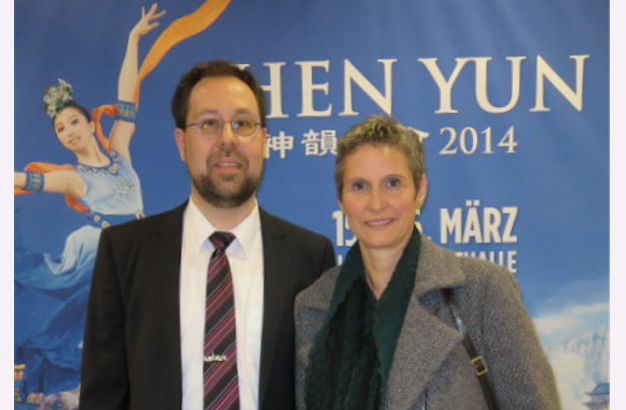 It was a chance meeting with an acquaintance on the morning of the performance that brought Mr. Bachman to see the New York based Shen Yun. He was pleased that he had acted on the impulse.
“It was fascinating to see the discipline, listen to the music, seeing the harmony among the performers and seeing so many people on stage.”

“I was amazed by the settings on the backdrop, which highlighted all what was presented on stage, something I had never expected to see,” he said.

There was so much that he enjoyed. He said, “The combination of the classical, ancient, traditional and modern techniques were most amazing. … it touched the technical interest in me. It was fantastic.”

The introduction to the scenes by the emcees before each scene was very much appreciated.

“I was grateful for the host giving the audience an introduction to the individual scenes. This way I had an idea of what to expect,” Mr. Bachman said.

“When one is presented with something beautiful one feels wonderful and relaxed. I can only say that I experienced a great afternoon.”

He added, “I’m glad I came to see the show and will definitely tell others about it. I’m already considering getting tickets for next year’s show when they become available.”