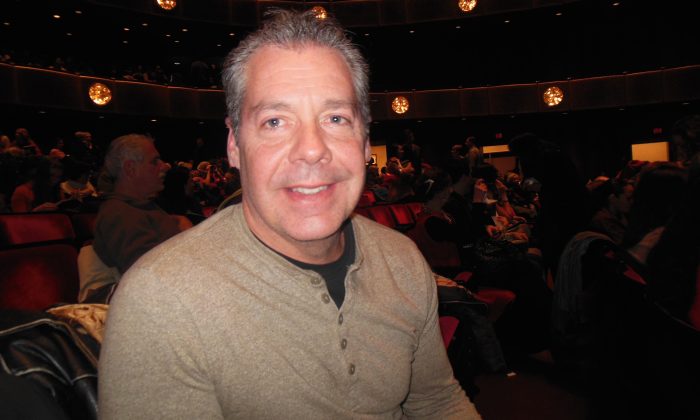 Mr. Dougherty is a partner at the Tarter Krinsky & Drogin law firm, which made the National Law Journal’s 2014 list of the country’s top 20 midsize-level firms.

Shen Yun’s mission is to revive the 5,000 years of Chinese civilization that centered around Buddhist and Taoist spiritual beliefs, according to the performing arts company’s website.

Mr. Dougherty said the graceful movements of the dancers, along with the strong storytelling nature of Shen Yun’s performances, left him with a sense of peace.

Many of Shen Yun’s dances portray stories from Chinese history, literature, and folklore, such as the tale of the heroine Mulan, who disguised herself as a man to go to war in place of her elderly father; or segments from the famous 16th century novel Journey to the West, about a monk who travels westward to retrieve Buddhist scriptures.

Mr. Dougherty has litigated on behalf of non-profit organizations and religious institutions, with settlements reaching in the millions. He has also investigated cases of fraud and embezzlement by educational institutions, according to his firm’s website. The company also made the 2014 Crain’s New York list of top 100 places to work in New York City.