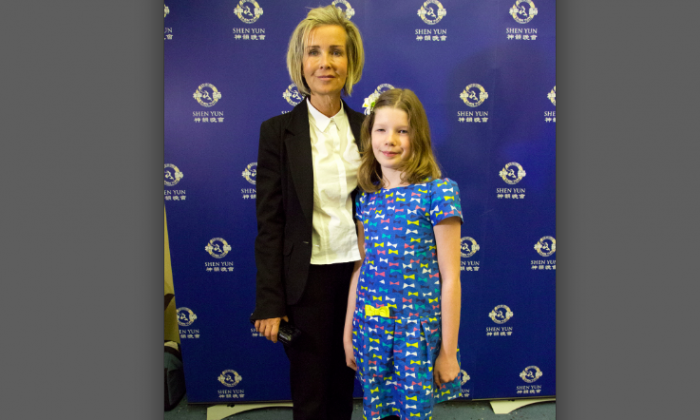 BIRMINGHAM, United Kingdom—Shen Yun Performing Arts gave its first ever performance in Birmingham to a full house on Monday, April 14.

“When they’re dancing and drumming you feel a great deal of energy from them,” she said. “It makes you feel alive.”

Mrs. Smith attended with her daughter Freya, and said she felt inspired by the show. “The story-based dance I thought was great, absolutely wonderful,” Mrs. Smith said. “I think the acting that was involved as well as the dancing and the way they portrayed it is great.”

Chinese dance combines graceful moves with more dramatic leaps and tumbling techniques. “It is able to transcend ethnic, cultural, and even linguistic barriers, taking this well-established Chinese culture and presenting its essence to the world,” according to the Shen Yun website.

Mrs. Smith said she appreciated learning about traditional Chinese culture. “Learning about the acts and what the dances are about and where [they] originated from is very, very interesting and very new to us,” she said.

Summing up her thoughts Mrs. Smith said she would encourage her friends to go and see the show, saying it is “amazing.”