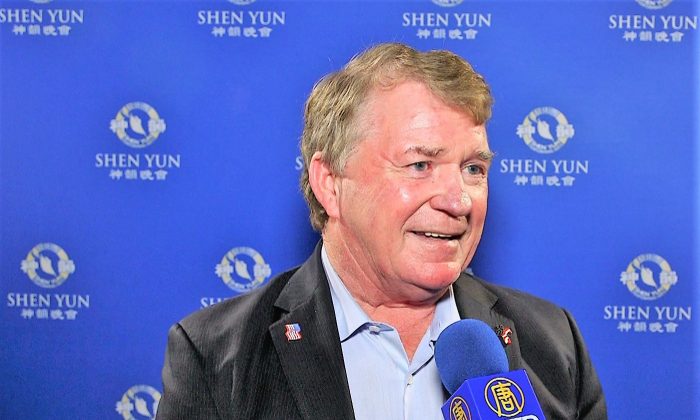 “I love it. This is my second time [watching Shen Yun], so I’ve been blessed.”

“The dancers are spectacular. The fact that most dances come from that [Chinese] culture is remarkable.”

“It absolutely reveals a culture that has been lost because of the Communist Party. I think Shen Yun is doing a great service in bringing back that culture to people of China that may not have even been aware that there was a culture such as this.”

“It actually brought tears to my eyes to think that the couples are being separated purely because of their belief systems.”

“I think Shen Yun is going to go a long way to bringing that belief and that freedom back to China.”

“Shen Yun certainly does bring out that soul inside the individual. I’m very impressed with Shen Yun in what it’s achieved.”