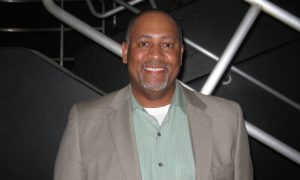 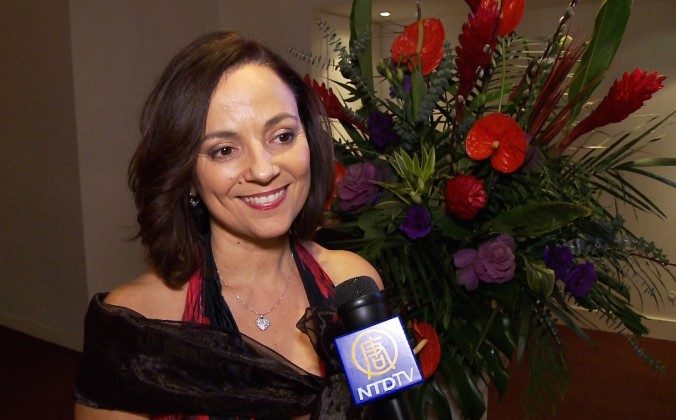 Celebrity chef Christine Cushing got a taste of classical Chinese dance and music at Sony Centre on Jan. 22, and was blown away.(Courtesy of NTD)
Appleton

There must be something magical about Appleton, Wisconsin. Harry Houdini, perhaps the town’s most famous resident, however short-lived his time there, is still a name synonymous with illusion and magic. And lesser-known magicians including Houdini’s brother, Theodore Hardeen, and Bruce Hetzler, have called Appleton home. Now on March 3 and 4 a new kind of magic is coming to Appleton’s Fox Cities Performing Arts Center—Shen Yun Performing Arts Touring Company.

Through classical Chinese dance, folk dances, and a live orchestra comprised of both Western and Chinese instruments, the company brings to life 5,000 years of divinely inspired civilization. And does so magically, at least that is what audience members have said from just about everywhere the company has toured.

“In the soft moments, the quiet moments, and the energetic moments, you really are transported—it’s really beautiful,” she said.

Mr. Prentice Lennon, a renowned celebrity photographer in Hollywood, was impressed with what he experienced during the performance as well.

“It is a magical history tour,” Mr. Prentice exclaimed, “I thought the show was magical, I really did.”

Shen Yun uses a digital backdrop as a vehicle to bring together the scenes of Heaven, Earth, the dynasties and ethnic regions of ancient and contemporary China.

Across the globe in Melbourne, Australia, Dr. Garry Brown saw Shen Yun on Feb. 27. The Professor Emeritus in Aerospace Engineering is now retired from Princeton University.

He felt the same way about the digitally animated backdrop.

“I thought the very clever thing was the way the screen portrayed a much bigger picture than you could portray with just the dancers. I thought that was really wonderful. I’ve never seen anything like it!”

“It created a wonderful feeling, that there was something almost magical, mythical,” he said.

About the performance as a whole, he said: “This is very different from anything that I’ve ever seen. It’s wonderful, quite wonderful! Very, very inspiring … I think it’s such a rich culture and so beautiful, and has such wonderful values. It has been lost in the modern materialism that China is experiencing. So that must be a source of sadness to some Chinese people.”

Shen Yun was founded on a mission to revive authentic Chinese culture, a heritage nearly destroyed during decades of communist rule. The Chinese Communist Party made systematic efforts to stamp out the traditional beliefs of Chinese people which were rooted in Buddhism, Daoism, and Confucianism.

She said the performance was enriched by its spiritual aspects. “I think that is a reflection of the Chinese culture where there is a strong spiritual aspect and also a little magical, which was well represented by the dancers. Really, each piece was special and magical.”