Logistics Director Discovers Connection Between Shen Yun and His Spirituality 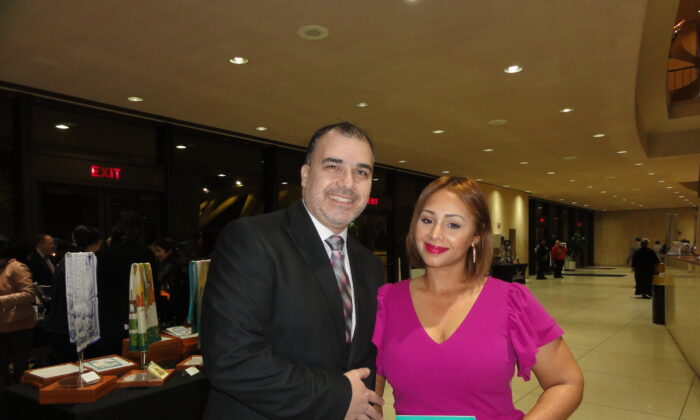 NORFOLK, Va.—The popularity of Shen Yun Performing Arts continues to rise around the world and small but culturally significant cities like Norfolk, Virginia are benefiting from the arts company’s newest achievement of having dispatched seven global touring groups for the first time for the 2020 season. The New York-based classical Chinese dance company is slated to present three performances this year at Norfolk’s Chrysler Hall.

Norfolk was founded in 1682 in the beautiful and mostly rural state of Virginia and much of its original architecture has been preserved. Like the European settlers who made the place their home, newcomers and young families have continued to be attracted to the quaint town during its almost 400 years of existence.

Residents Alvaro Torres, a director of imports and exports and a logistics analyst, and his wife Judica attended New York-based Shen Yun in Norfolk on Feb. 26, 2020. And the two parents enjoyed the evening to themselves.

Judica, a stay-at-home mom and amateur painter, called Shen Yun amazing and beautiful “in every single way. The dance, the colors, the story behind it, the culture. We really enjoy it. … I loved the colors, loved the color combinations.”

Thanks to Judica’s suggestion to attend, it was the couple’s first time seeing Shen Yun.

“The music is almost unbelievable, that it’s like this,” Judica said.

Shen Yun’s seven orchestras, one for each touring group, accompany each cast of male and female dancers as they present a series of stories and ethnic and folk dances using the highly-expressive form known as classical Chinese dance. This way, Shen Yun is reviving traditional Chinese culture and sharing it with the world.

Alvaro had high praise for Shen Yun’s dancers. “They’re wonderful … they are beautiful.”

Judica added a thought about how close they came to perfection.

Perhaps the biggest challenge that Shen Yun is undertaking is to breathe new life into the spirituality that underlies all of China’s authentic, 5,000-year-old culture. They do this partly by incorporating heavenly settings and themes and spiritual practices such as Buddhism and Falun Dafa into the roughly 20 vignettes in the production.

“It is beautiful,” Judica said about the spiritual themes in the performance. “It was hard, I mean for the story. I think it was hard. But at the end, it was a beautiful ending. I loved that.”

Some of Shen Yun’s stories depict the ongoing persecution of spiritual believers in China at the hands of the Chinese Communist Party. These are heart-wrenching scenes but ultimately hopeful since they exhibit the compassion, perseverance, and faith many believers personify in order to overcome the brutality.

Alvaro agreed with his wife’s praise for those pieces, especially the final story in the performance, which depicts the legend of the Creator returning to earth and rewarding good people.

“That was beautiful, I mean, that’s the culture, that’s the Chinese culture, [it’s] beautiful,” Alvaro said, about the final dance. “I mean, based on the religion and beliefs they have. It’s a beautiful culture, beautiful beliefs.”

Alvaro added that he and Judica are religious themselves, and they found a personal connection to Shen Yun’s acknowledgment of the Creator.

“We like to keep our spirituality. So, that was beautiful,” Alvaro said.

The ancient Chinese believed that art and music had a healing effect on the body, and the director and analyst felt that the show had an effect on him. “I feel peaceful. It was beautiful. I feel very nice. That was a beautiful performance.”

“Wonderful,” is a word Alvaro said he would use to describe Shen Yun to others. “Beautiful. The best show I’ve ever seen in this kind of performance. Dancers and music and colors. All of it is beautiful.”