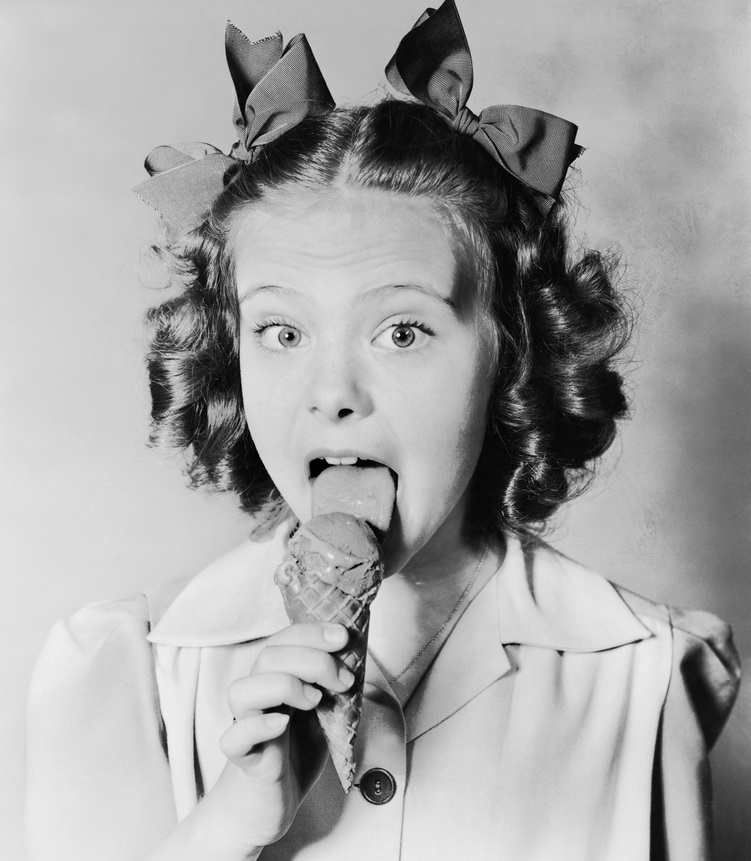 Ice cream is broadly nostalgic and evocative—especially when made with ingredients iconic to a certain place. (Everett Collection/Shutterstock)
Food

Local Scoops: Ice Cream With a Sense of Place

My sister, Kristin, and I grin with appreciation as we sample the piñon ice cream at Katrina’s, a bright, compact little sweets bistro in downtown Albuquerque. The confection not only genuinely tastes like the pine nuts—a subtly sweet butteriness—but also carries hints of the pithy, redolent aroma of this iconic Southwest food. Its essence is evocative for us both, as our adult lives started in New Mexico long ago.

It also serves well—perhaps better than any other popular food—as a vehicle for local and regional flavors that are both tasty and meaningful, such as piñon in Albuquerque.

My childhood family trips to Mexico are recalled instantly by coconut ice cream. Residents of Idaho and Montana relish the taste and the ethos of wild huckleberries—in ice cream, pies, and more. The same goes for people in Maine, where the wild Maine blueberry is such a part of life that once, when I asked a waitress if a café’s dessert used Maine blueberries, she stared at me like I’d asked if she knew who her mother was.

In Wisconsin, it’s cranberries. In Alaska, it’s wild blueberries—different from those in Maine. Georgia, peaches. North Carolina, sorghum, the marvelous sweetener that also makes the best molasses. In Hawaii, macadamia nuts. In Oregon, marionberries (named after the state’s Marion County). All these and many more are regionally significant ingredients that highlight the production menus and foodways philosophies at artisan ice cream makers.

Piñon, for instance, permeates life in New Mexico, almost as much as chiles. The piñon pine’s hard, dense wood has warmed humans and cooked their food in the Land of Enchantment for thousands of years; to this day, the sharp, spicy scent of piñon smoke is instantly evocative of fall and winter in New Mexico. The sap has long been used in healing ointments and salves. And the nuts, though small and labor-intensive to gather and shell, provide highly nutritious and savory sustenance.

“Adding ground nuts gives the ice cream some texture,” Coronado explained, “and without the pink, it would be just plain white, so the color entices people to try it.”

The piñon ice cream at Katrina’s is far more than just a sweet treat; it represents the land in which it arises. Piñon provenance is so significant here that state law regulates their labeling: Pine nuts from Nevada and Europe, though similar and related botanically, may not be called piñons in New Mexico.

This loyalty to local life is reflected in the extensive menu of Alaskan flavors that artisan maker Elissa Brown prepares at Wild Scoops in Anchorage. Foraged blueberries, cranberries, and huckleberries are mainstays.

But the nature of food production in the Northland leads to some items most customers would consider truly odd in, say, Oklahoma.

For instance, beets are best for more than borscht. But ice cream? Really?

“Oh, I just love the rich color, the inherent sweetness, the deep flavor,” Brown said. “There are a lot of things we can’t grow up here, but beets are fantastic, so I can’t wait till they start showing up in the farmers markets every summer.”

Beet is just one of many Alaskan flavors at Wild Scoops. Carrot shows up, as do birch syrup (lightly sweet, like hay), spruce tips (“a powerful, aromatic, lemony flavoring, like a walk in the forest,” Brown said), and rhubarb, a tart Alaskan icon that is often the only cultivated plant in backyard gardens in the Great Land.

“That’s like a juicy pink sherbet; people look forward to it every year,” Brown said.

Not only do they look forward to the ice cream, but they also relish the sourcing. Brown encourages Anchorage residents to bring in their spare rhubarb, in return for coupons for use later. In other words, it’s crowd-sourced ice cream. This summer, the yield was 3,000 pounds.

“We worked feverishly to process it all,” Brown said.

“There’s an incredibly strong local foods movement in Alaska. It’s part of the nature of life here,” Brown said of her commitment to this panoply of local ingredients.

Novelty ice cream flavors can get out of hand. In Alaska, you may also sample smoked salmon ice cream; in the Midwest, bacon; in the Southwest, jalapeño; and California, garlic.

Why anyone would make these is puzzling in a world chock full of more suitable ingredients—fruits, berries, and other foods that hold inherent sweetness. Nature creates dozens of sugars by her own devices; humans need only take thoughtful advantage.

Consider sweet corn, the mainstay of the “three sisters” that fed indigenous peoples in the Western Hemisphere for millennia. American grocery store shelves hold thousands of processed foods based on high-fructose corn syrup, an industrial derivative of a natural sugar.

But corn syrup in its modern form is about as flavorful as white sugar. Sweet corn has gustatory depth that not only pleases the palate, but evokes the same summertime ethos that ice cream does generally.

Yung and her partner go to great lengths to heighten the interest of their sweet corn ice cream. They cook fresh corn kernels in butter, and steep the cobs in boiling water, blending both results into their house-made ice cream base. Then, although corn disappears from local farmers markets at the end of June, into the freezer it goes.

“That’s the beauty of ice cream; it can store forever even if an ingredient is seasonal,” Yung said.

She believes the universal popularity of ice cream derives from the fact that almost all human beings grow up on milk, thus implanting an intrinsic affinity for it.

“I’ve never met anyone who doesn’t like ice cream,” she said.

I suspect the flavors are equally crucial. The basics are universally beloved—vanilla and chocolate—and the kaleidoscopic palate of local and regional ingredients invokes both regional identity, as in Alaska, Idaho, and Maine, and the sorts of subliminal affections we all store in our psyches like personal talismans.

If some of my fondest memories are triggered by piñon or coconut, what could be better than indulging these atavistic impulses with an ice cream cone?