Local Philanthropists Have a ‘Magical Evening’ at Shen Yun 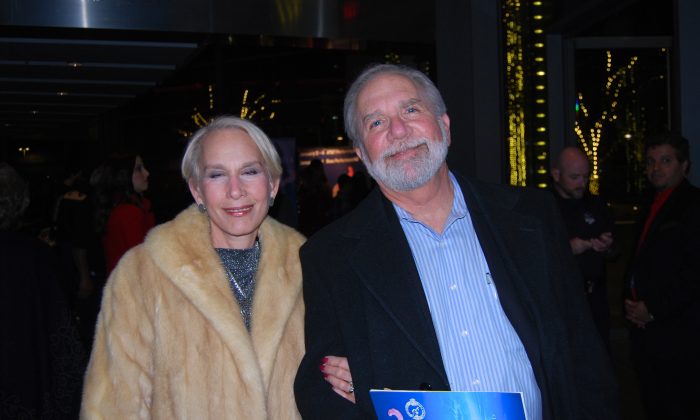 DALLAS—Local philanthropists Pam and Marvin Feldman enjoyed Shen Yun Performing Arts with their daughter as a holiday event, and they had “a magical evening” at the Winspear Opera House in Dallas, Jan. 3.

“It was magical; that’s what it was,” Mrs. Feldman said.

“The feeling that I’m leaving with is just all-great fun,” Mr. Feldman said.

Mr. Feldman was formerly the president of the Dallas Hebrew Free Loan Association, and he and his wife still donate regularly through the organization.

“The experience was wonderful,” Mr. Feldman said. “I thought it was phenomenal.”

Shen Yun revives 5,000 years of divinely inspired traditional Chinese culture, telling stories from the inception of Chinese civilization and bringing the traditional culture through to the modern day.

Under the current regime in China, however, the traditional culture and arts have been almost destroyed, and they are still suppressed today. As the emcees explained, China is the only place Shen Yun has not been able to perform.

The performance brings the culture’s significance in both the past and present to light.

“I thought that was really important,” Mr. Feldman said.

Shen Yun’s revival of the traditional culture was touching for many members of the audience as well.

“That is very, very rich; that shouldn’t be hidden,” said Mr. Edward Osayande, who attended the performance with Mrs. Amimi Osayande. “It’s good that we got to see some of it. It’s something that everybody should be exposed to.”

Mr. Osyande was touched that Shen Yun was able to bring forth a culture that has been so restrained by the current regime—and to do it with beauty.

Mrs. Osayande said she saw compassion in the culture presented by Shen Yun.

“It’s not so shown anymore, but from what I saw here, that was a big thing,” Mrs. Osayande said.

“There’s loyalty, unity,” Mr. Osayande added. “You see how they dance—they work together as one.”