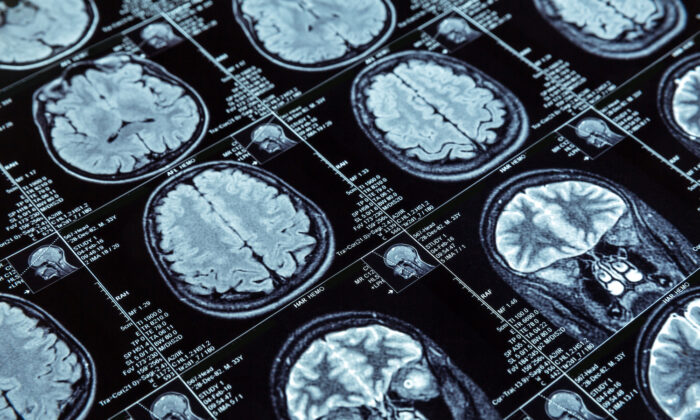 Link Between Sugar and Alzheimer’s Strengthens

Alzheimer’s disease — for which conventional medicine believes there is no effective treatment or cure — currently affects an estimated 5.4 million Americans and prevalence is projected to triple by 2050. Within the next two decades, this severe and lethal form of dementia may affect as much as one-quarter of the U.S. population.

Already, more than half a million Americans die from the disease each year. While statistics in 2022 list it as the seventh leading cause of death in the U.S., the National Institutes of Health says that correct estimates may be closer to No. 3, behind heart disease and cancer.

The good news is that lifestyle choices such as diet, exercise and sleep can have a significant impact on your risk. As previously noted by Dr. Richard Lipton of the Albert Einstein College of Medicine where they study healthy aging, lifestyle changes “look more promising than the drug studies so far.”

As with health in general, your diet plays a crucial role. Processed foods tend to be nearly devoid of healthy fat while being excessive in refined sugars, and this combination appears to be at the heart of the problem.

One of the most striking studies on carbohydrates and brain health revealed that high-carb diets increase your risk of dementia by a whopping 89%, while high-fat diets lower it by 44%. According to the authors, “A dietary pattern with relatively high caloric intake from carbohydrates and low caloric intake from fat and proteins may increase the risk of mild cognitive impairment or dementia in elderly persons.”

Studies also strongly suggest Alzheimer’s disease is intricately connected to insulin resistance; even mild elevation of blood sugar is associated with an elevated risk for dementia. Diabetes and heart disease are also known to elevate your risk, and both are rooted in insulin resistance.

This connection between high-sugar diets and Alzheimer’s was again highlighted in a longitudinal study published in the journal Diabetologia in January 2018. Nearly 5,190 individuals were followed over a decade, and the results showed that the higher an individual’s blood sugar, the faster their rate of cognitive decline.

Another study, published in 2021, also concluded that “total sugar intake may adversely affect cognitive function over time, and it may increase risk of Alzheimer’s dementia.”

Diabetics Have Higher Risk for Alzheimer’s

The connection between sugar and Alzheimer’s was first broached in 2005, when the disease was tentatively dubbed “Type 3 diabetes.” At that time researchers discovered that your brain produces insulin necessary for the survival of your brain cells. A toxic protein called ADDL removes insulin receptors from nerve cells, thereby rendering those neurons insulin resistant, and as ADDLs accumulate, your memory begins to deteriorate.

Curiously, while low insulin levels in your body are associated with improved health, the opposite appears to be true when it comes to the insulin produced in your brain. Reduced brain insulin actually contributes to the degeneration of brain cells, and studies have found that people with lower levels of insulin and insulin receptors in their brain often have Alzheimer’s disease.

According to researchers, “These abnormalities do not correspond to Type 1 or Type 2 diabetes, but reflect a different and more complex disease process that originates in the central nervous system.”

In 2016, researchers at John’s Hopkins department of biology discovered that nerve growth factor, a protein found in your nervous system that is involved in the growth of neurons, also triggers insulin release in your pancreas. So there appears to be a rather complex relationship between body insulin, brain insulin and brain function, and we’ve probably only begun to tease out all of these connections.

Case in point: Even Type 1 diabetics are at increased risk for Alzheimer’s, even though their bodies don’t produce insulin at all. Melissa Schilling, a professor at New York University, investigated this paradox in 2016. As reported by The Atlantic:

“Schilling posits this happens because of the insulin-degrading enzyme, a product of insulin that breaks down both insulin and amyloid proteins in the brain — the same proteins that clump up and lead to Alzheimer’s disease. People who don’t have enough insulin, like those whose bodies’ ability to produce insulin has been tapped out by diabetes, aren’t going to make enough of this enzyme to break up those brain clumps.

Meanwhile, in people who use insulin to treat their diabetes and end up with a surplus of insulin, most of this enzyme gets used up breaking that insulin down, leaving not enough enzyme to address those amyloid brain clumps. According to Schilling, this can happen even in people who don’t have diabetes yet — who are in a state known as ‘prediabetes.’”

Research published in 2013 showed that sugar and other carbohydrates can disrupt your brain function even if you’re not diabetic or have any signs of dementia. Here, short- and long-term glucose markers were evaluated in healthy, nondiabetic, nondemented seniors. Memory tests and brain imaging were also used to assess brain function and the actual structure of their hippocampus.

The findings revealed that the higher the two blood glucose measures, the smaller the hippocampus, the more compromised its structure, and the worse the individual’s memory was. According to the authors, the structural changes in the hippocampus alone can partially account for the statistical link we see between glucose and memory, as your hippocampus is involved with the formation, organization and storage of memories.

The results suggest glucose directly contributes to atrophy of the hippocampus, which means that even if you’re not insulin resistant or diabetic, excess sugar can still hamper your memory. The authors suggest that “strategies aimed at lowering glucose levels even in the normal range may beneficially influence cognition in the older population.”

A similar study published in 2014 found that Type 2 diabetics lose more gray matter with age than expected, and this brain atrophy also helps explain why diabetics have a higher risk for dementia, and have earlier onset of dementia than nondiabetics.

As noted by Dr. Sam Gandy, director of the Center for Cognitive Health at Mount Sinai Hospital in New York City, these findings suggest that “there may be a difference between the dementia related to full-blown diabetes, which seems to be primarily dementia caused by hardening of the arteries in the brain, and the mental impact of insulin resistance,” and that “Conceivably, there is also a disease of defective insulin signaling, which this paper would support.”

A study published just last year also confirmed the link between insulin resistance and dementia, particularly among those with existing heart disease. Nearly 490 seniors were followed for two decades, and as in other studies, those with the highest levels of insulin resistance scored the worst on cognitive tests, especially tests for memory and executive function.

A take-home message here is that you don’t have to be a diabetic to be at increased risk. As noted by senior study author Dr. David Tanne, a faculty member of Tel Aviv University in Israel, “Even people with mild or moderate insulin resistance … are at increased risk over time … Exercising, maintaining a balanced and healthy diet and watching your weight will help you prevent insulin resistance and, as a result, protect your brain as you get older.”

Progress Made in Development of Blood Test for Alzheimer’s

In related news, researchers have announced great strides being made in the development of a blood test to detect Alzheimer’s. The test is designed to detect amyloid beta, the toxic protein known to accumulate in the brains of Alzheimer’s patients.

In a 2018 trial, the test was 90% accurate in detecting the disease in a pool of 370 participants. The test is not yet available outside of clinical trials, but in January 2022, Dr. Julio Rojas-Martinez of University of California, San Francisco’s Memory and Aging Center, who is using the test on trial subjects, said the tests that when they do become available to the general population, they “will be revolutionary, in that we will be able to detect who’s at risk.”

In the meantime, the only way to measure amyloid beta is by brain scan or a spinal tap, both of which are invasive and expensive, and can only detect the disease once it has sufficiently progressed. While promising, further trials must be done to confirm the diagnostic accuracy of the blood test before it can be released and used in medical practice.

One of the most comprehensive assessments of Alzheimer’s risk is Dr. Dale Bredesen’s ReCODE protocol, which evaluates 150 factors known to contribute to the disease. This protocol also identifies your disease subtype or combination of subtypes so that an effective treatment protocol can be devised.

In his book, “The End of Alzheimer’s: The First Program to Prevent and Reverse Cognitive Decline.” you will find a list of suggested screening tests and the recommended ranges for each test, along with some of Bredesen’s treatment suggestions.

Other developments include a study showing curcumin supplementation may lower the risk of Alzheimer’s by improving memory and focus. The double-blind, placebo-controlled study, published in the American Journal of Geriatric Psychiatry, included 40 adults between the ages of 50 and 90 who reported mild memory lapses.

None had a diagnosis of dementia at the time of their enrollment. Participants randomly received either 90 milligrams of curcumin (Theracurmin supplement) twice a day for 18 months, or a placebo.

A standardized cognitive assessment was administered at the start of the study and at six-month intervals thereafter, and the level of curcumin in their blood was measured at the beginning and end of the study. Thirty of the participants also underwent positron emission tomography (PET) scans to assess their level of amyloid and tau deposits before and after treatment, both of which are strongly associated with Alzheimer’s risk.

Those who received curcumin saw significant improvements in memory and concentration, while the control group experienced no improvement. PET scans confirmed the treatment group had significantly less amyloid and tau buildup in areas of the brain that control memory, compared to controls. Overall, the curcumin group improved their memory by 28 percent over the year-and-a-half-long treatment period.

Curcumin has also been shown to increase levels of brain-derived neurotrophic factor (BDNF), and reduced levels of BDNF have been linked to Alzheimer’s disease. Yet another way curcumin may benefit your brain and lower your risk of dementia is by affecting pathways that help reverse insulin resistance, hyperlipidemia and other symptoms associated with metabolic syndrome and obesity.

According to Dr. David Perlmutter, a neurologist and author of “Grain Brain” and “Brain Maker,” anything that promotes insulin resistance will ultimately also raise your risk of Alzheimer’s. To this I would add that any strategy that enhances your mitochondrial function will lower your risk. Considering the lack of effective treatments, prevention really cannot be stressed strongly enough.

In 2014, Bredesen published a paper that demonstrates the power of lifestyle choices for the prevention and treatment of Alzheimer’s. By leveraging 36 healthy lifestyle parameters, he was able to reverse Alzheimer’s in 9 out of 10 patients.

This included the use of exercise, ketogenic diet, optimizing vitamin D and other hormones, increasing sleep, meditation, detoxification and eliminating gluten and processed food. You can download Bredesen’s full-text case paper online, which details the full program. Following are some of the lifestyle strategies I believe to be the most helpful and important:

Amazon.com, The End of Alzheimer’s: The First Program to Prevent and Reverse Cognitive Decline, by Dr. Dale Bredesen

The American Journal of Geriatric Psychiatry October 27, 2017 [epub ahead of print]

The Root Cause in the Dramatic Rise of Chronic Disease, May 2016

Neurobiology of Aging 18 February 2014 [Epub ahead of print]