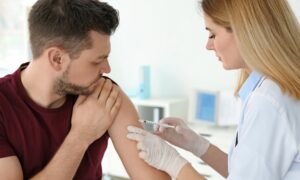 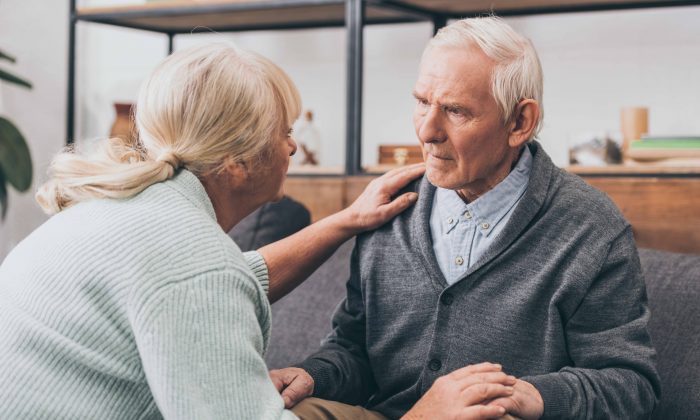 Link Between Alzheimer’s and Gut Confirmed

Alzheimer’s disease continues to be a leading cause of death in the United States, with 1 in 3 seniors dying with Alzheimer’s or dementia—more than the number killed by breast and prostate cancers combined.1

While a cure has remained elusive, the connection between brain health and gut microbiota has grown clearer, and research suggests that the bacteria in your intestines may influence brain functioning and can even promote neurodegeneration.2

A team of Swiss and Italian researchers has taken the correlation a step further, with research showing a connection between imbalanced gut microbiota and the development of amyloid plaques in the brain;3 Alzheimer’s is characterized by an accumulation of beta-amyloid plaques and neurofibrillary tangles in the brain.

The study involved a cohort of 89 people between 65 and 85 years of age. Some of them suffered from Alzheimer’s disease or other neurodegenerative diseases while others were healthy with no memory problems.

The researchers used PET imaging to measure amyloid deposition in their brains, then measured markers of inflammation and proteins produced by intestinal bacteria, such as lipopolysaccharides and short-chain fatty acids, in their blood.

Lipopolysaccharides (LPSs) are dead bacteria or, more specifically, the cell walls of dead bacteria. The problem is your r immune system treats them as living bacteria and mounts immune defenses against the perceived invaders. LPSs are pro-inflammatory and have been found in amyloid plaques in the brains of Alzheimer’s patients.4

“Our results are indisputable: Certain bacterial products of the intestinal microbiota are correlated with the quantity of amyloid plaques in the brain,” explains Moira Marizzoni, a study author with the Fatebenefratelli Center in Brescia, Italy.6

Probiotic ‘Cocktail’ May Act as an Early Preventative

The study represents a continuation of prior research by the team, which found that the gut microbiota in people with Alzheimer’s disease differs from those without the condition. In those with Alzheimer’s, microbial diversity is reduced, with certain bacteria being overrepresented and other microbes decreased.

“Furthermore,” said neurologist Giovanni Frisoni, study author and director of the University Hospitals of Geneva (HUG) Memory Center in Switzerland, “we have also discovered an association between an inflammatory phenomenon detected in the blood, certain intestinal bacteria and Alzheimer’s disease; hence the hypothesis that we wanted to test here: Could inflammation in the blood be a mediator between the microbiota and the brain?”7

With the connection growing stronger, the team is planning further research to reveal which specific bacteria or groups of bacteria may be responsible for the effect, which could ultimately lead to a preventive treatment “cocktail.” “Indeed, we must first identify the strains of the cocktail. Then, a neuroprotective effect could only be effective at a very early stage of the disease, with a view to prevention rather than therapy,” Frisoni said in a news release.8

“However, early diagnosis is still one of the main challenges in the management of neurodegenerative diseases, as protocols must be developed to identify high-risk individuals and treat them well before the appearance of detectable symptoms.”

One reason why fasting is so beneficial for neurodegenerative diseases such as Alzheimer’s is because it helps your body to cycle through autophagy and the rebuilding phase.

Autophagy is the process by which your body cleans out damaged organelles, encouraging proliferation of new, healthy cells, which relates to Alzheimer’s because the refolding process is one of several factors that need to work in order for your brain to function.

Importantly, fasting activates autophagy, which is your body’s way of taking out the trash, and will also trigger the regeneration of stem cells. In our 2017 interview, Dr. Steven Gundry explained that this also may have a direct connection with LPSs, and giving your gut a rest from these pro-inflammatory proteins via fasting may be healing:

“We have an amazing repair system that goes to work when you’re fasting. Not the least of which is [letting] your gut rest. It’s probably one of the smartest things that any of us can do—putting the wall of your gut at rest, not having to absorb nutrients, not having to deal with the constant inflow of lectins or toxins. But I think more importantly, it gives [your body] a chance to finally do some serious cleaning of your brain,” said Dr. Gundry.

“Alzheimer’s and Parkinson’s have a unifying cause, and that is the brain is defending itself against perceived threat, a lot of which are LPSs. If you put your gut at rest and don’t have LPSs coming into your system, and the longer you can maintain that, realistically, the better off you are,” he added.

While average Mini-Mental State Examination (MMSE) scores increased among the probiotics group and the control group, which drank plain milk, had a decrease in scores.

The probiotics group also had beneficial metabolic changes, including lowered triglycerides, very low-density lipoprotein and C-reactive protein, a measure of inflammation, as well as reduced markers for insulin resistance.

The researchers suggested the beneficial metabolic changes may be responsible for the cognitive improvements. Walter Lukiw, a professor at Louisiana State University who was not involved in the study, further explained to Medical News Today that your gut and brain are intricately connected:10

“This is in line with some of our recent studies which indicate that the GI [gastrointestinal] tract microbiome in Alzheimer’s is significantly altered in composition when compared to age-matched controls,”he said.

Probiotics are thought to influence the central nervous system and behavior via the microbiota-gut-brain-axis, and researchers have suggested they may have both preventive and therapeutic potential for Alzheimer’s disease (AD) by modulating the inflammatory process and counteracting oxidative stress, among other mechanisms.11 Writing in the open-access Impact Journal on Aging, researchers explained:12

“It has been found that dysfunction in behavior and cognition is associated with GM [gut microbiota] dysbiosis. Activation of gut inflammation has been regarded as a possible pathogenic cofactor in cognitive deterioration and dementia.”

The researchers noted that the gut microbiota of Alzheimer patients had a distinctive decrease in anti-inflammatory bacterial species (e.g. Bifidobacterium brevestrain A1) and increased abundance of pro-inflammatory flora phyla (e.g. Firmicutes and Bacteroidetes).

In other words, their gut microbiota had shifted towards a more inflammatory balance.

The researchers said restoring homeostasis or balance to the gut microbiota of Alzheimer’s patients may slow the progression of the disease, offering a new way to treat and prevent the disease.

They conducted a meta-analysis involving five studies and 297 subjects, which revealed a significant improvement in cognition and a significant reduction in malondialdehyde and high-sensitivity C-reactive protein‚inflammatory and oxidative biomarkers—in probiotic groups compared to controls.13

Research is still uncovering which bacteria are most beneficial, but the Bifidobacterium breve strain A1 may be of particular use in Alzheimer’s treatment. Using Alzheimer’s disease model mice, researchers were able to confirm that daily oral administration of B. breve A1 reduced the cognitive dysfunction normally induced by amyloid beta plaques.14

One of the mechanisms behind these protective effects was found to be suppression of amyloid-beta-induced changes in gene expression in the hippocampus. In short, the bacterium had an ameliorating effect on amyloid-beta toxicity.

Still other research suggests gut microbiota may contribute to Alzheimer’s risk via multiple avenues, including by influencing aging, diabetes, sleep and circadian rhythm.15

It’s also possible, researchers hypothesize, that decades of factors such as diet, stress, aging and genetics, combine to disrupt gut permeability and the integrity of the blood-brain barrier, allowing the entry of inflammatory agents and pathogens and inducing an inflammatory response that triggers a neuroinflammatory response in the brain.16

The researchers noted mounting evidence that gut microbiota affect how Alzheimers develops by disrupting inflammation in the brain and metabolic balance.

“The gut microbiota has gone from being the forgotten organ to a potential key player in the AD pathology” they wrote.17

Optimizing your gut flora is a key strategy to preventing Alzheimer’s and a host of other chronic diseases. To do this, avoid processed foods, antibiotics and antibacterial products, fluoridated and chlorinated water, and be sure to eat traditionally fermented and cultured foods, along with taking a high-quality probiotic if needed.

Maintaining a healthy gut is one of the healthy lifestyle parameters outlined by Dr. Dale Bredesen, professor of molecular and medical pharmacology at the University of California, Los Angeles School of Medicine, and author of “The End of Alzheimer’s: The First Program to Prevent and Reverse Cognitive Decline.”18

Bredesen’s ReCODE protocol evaluates 150 factors, including biochemistry, genetics, and historical imaging, known to contribute to Alzheimer’s disease. This identifies your disease subtype or combination of subtypes so an effective treatment protocol can be devised.

Time-restricted eating, or fasting, is another important strategy, as is reducing your intake of polyunsaturated fatty acids, also called PUFAs, found in vegetable oils, edible oils, seed oils, trans fat, and plant oils. A high-fat, moderate-protein, low net-carb ketogenic diet is ideal for preventing degeneration that can lead to Alzheimer’s,19 and this will also help to nourish a healthy gut.

Overall, nourishing your brain health is best done with a comprehensively healthy lifestyle. By leveraging 36 healthy lifestyle parameters, Bredesen was able to reverse Alzheimer’s in 9 out of 10 patients who participated in a study.

This included the use of exercise, ketogenic diet, optimizing vitamin D and other hormones, increasing sleep, meditation, detoxification and eliminating gluten and processed food. For more details, you can download Bredesen’s full-text case paper online, which details the full program.

Dr. Joseph Mercola is the founder of Mercola.com. An osteopathic physician, best-selling author, and recipient of multiple awards in the field of natural health, his primary vision is to change the modern health paradigm by providing people with a valuable resource to help them take control of their health. This article was originally published on Mercola.com, visit for article sources.