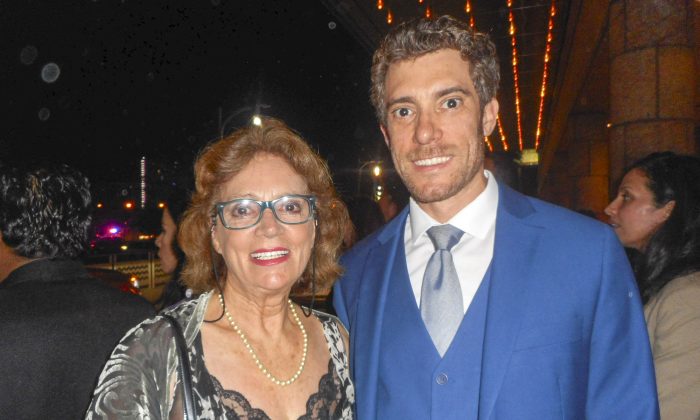 Marco Britt and his mother, Rosa Maria Britt, attended the Shen Yun performance at the Adrienne Arsht Center for the Performing Arts in Miami, Fla., on March 30, 2018. "This was one of the best Christmas presents from my son," Mrs. Britt said. (Edie Bassen/The Epoch Times)

“I love it. It’s an amazing show, better than I expected. … The performers were just able to do everything.”

“It was nice to see the other side [of China]. … It’s really interesting to see that in this art form.”

“It was very good, positive lyrics. I think that transcends the culture.”