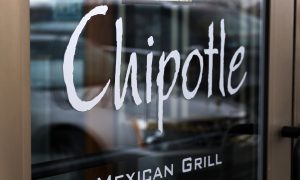 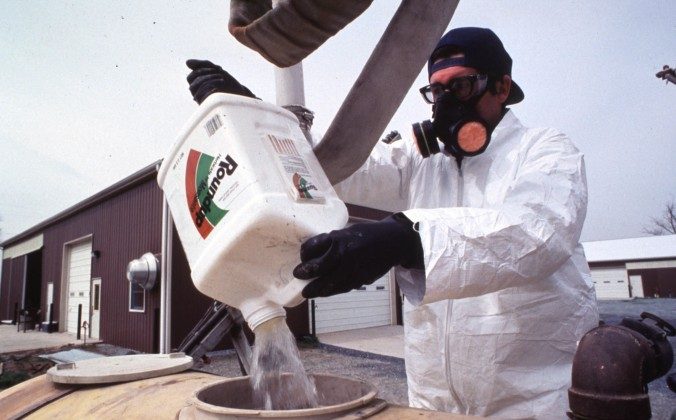 When genetic engineering first came on to the food science scene a few decades ago, it promised the consumer many new possibilities. Since then, a few novel inventions have come and gone, but the bulk of biotechnology has been focused on a feature the consumer never sees: weed management.

The vast majority of the corn, soy, and canola sold in the United States today has been genetically engineered with a single trait: to survive exposure from an herbicide called glyphosate. This chemical is perhaps better known by the Monsanto trade name, Roundup, but today several biotechnology companies sell glyphosate. Most of the world’s supply now comes from Chinese manufacturers.

Glyphosate is by far the most used herbicide in the world, and has become an essential ingredient in conventional agriculture. It is cheap to produce, far less toxic than the older generation of herbicides, and is approved for use in about 130 countries.

But glyphosate’s safe reputation took a big hit this year when the World Health Organization (WHO) classified it as a “possible carcinogen.”

Biotechnology supporters say the new classification “creates confusion and unnecessary fear amongst the public .” According to a June 2015 joint statement from the American corn and soy growers associations, WHO’s announcement uses “narrowly-focused data removed from real-world situations to find almost everything that it reviews as potentially carcinogenic, including drinking coffee, using aloe vera, or working the late shift.”

According to Monsanto’s website, glyphosate’s safety record is solid, with over 800 studies showing that it does not cause disease in humans. The U.S. Environmental Protection Agency (EPA) agrees, having classified glyphosate as “practically non-toxic.”

According to T. Matthew Phillips, the government and industry standard for evaluating toxicity doesn’t tell the whole story.

“If you get in a debate with these Monsanto trolls online, they’ll say glyphosate is safer than table salt, it’s safer than caffeine,” he said. “It’s misdirection. It’s sleight of hand. It’s intended to distract and deceive, and take advantage of the feeble minded.”

“They are looking at the acute toxicity. What they’re talking about is how much would it take to commit a murder—a one time poisoning event. They should be looking at chronic toxicity–the long term exposure. That is what is happening with glyphosate. We’re eating it at every single meal.”

Phillips is not a scientist, but a self-described “Hollywood shark” lawyer. However, he has talked extensively to concerned scientists, and now he’s aiming his predatory talents at the biotech industry.

“I’ve got a dorsal fin on my back,” he said. “I’m the greedy, bottom-feeder slimeball your momma warned you about. But I really, really sincerely am concerned about this GMO thing because it is a huge experiment, and they are spraying so much glyphosate it’s insane.”

Phillips represents a class action lawsuit in California, and is encouraging other states to get on board. The case focuses on the Roundup label, which states: “Glyphosate targets an enzyme found in plants, but not in people or pets.”

Based on this label, Phillips accuses Monsanto of false advertising, and is suing to get a rebate for customers who have purchased the product.

This isn’t the first time Monsanto has been called out for misrepresenting Roundup. In 1996, New York Attorney General Dennis Vacco told the company to stop ads promoting the chemical as ”safer than table salt” and ”practically nontoxic” to mammals, birds and fish. According to the New York Times, Monsanto pulled the spots, yet continued to defend the statement because it was still permissible under EPA guidelines.

In 2009, France’s highest court confirmed previous rulings that Monsanto made other fraudulent statements in its Roundup ads, claiming the product was “biodegradable” and “left the soil clean.” The Netherlands, El Salvador, Sri Lanka, and France have all passed laws in recent years banning or restricting glyphosate use citing health or environmental concerns. Other countries are considering similar measures.

To understand why there is such a difference of opinion on the safety issue, you have to consider how glyphosate works. The chemical doesn’t kill weeds directly, but instead interferes with something called the shikimic pathway. Plant cells use the shikimic pathway to convert sunlight and soil nutrients into amino acids for growth and defense. When this enzymatic process is injured, the plant starves, and is overtaken by pests and disease.

The big reason that glyphosate is celebrated for its safety is because mammals don’t have a shikimic pathway. However, some microorganisms do, and glyphosate’s impact on the bacteria found in the human gut is what has raised concern among some scientists.

According to an article by Dr. Stephanie Seneff, a senior research scientist at MIT’s computer science and artificial intelligence laboratory, by interfering with gut bacteria, glyphosate starves our bodies of the essential nutrients these organisms produce: tryptophan, tyrosine and phenylalanine. She also points to studies where genetically modified feed has been shown to cause gut inflammation in farm animals “along with an overgrowth of pathogenic forms and concurrent loss of beneficial bacteria.”

Critics call Seneff”s observations wild speculation, since there has been no evidence implicating glyphosate with any adverse effect on human gut bacteria. But Phillips points out that it’s only because no one has ever tested for it.

“The industry will say there are no studies that show GMOs are harmful. That’s true, but it’s because no one has ever undertaken one. It isn’t like they undertake a safety study and the study concludes that it’s safe. They just don’t do studies,” he said.

About 90 percent of the crops grown in the United States today have been bioengineered to withstand the effects of glyphosate. Under current levels of spraying—approximately 250 thousand pounds annually on U.S. soil—these crops would die just like the weeds if it were not for genetic alterations.

Monsanto began marketing glyphosate as an herbicide in the 1970s, but back then it had to be used very selectively, so that crops wouldn’t get hurt in the process. With the introduction of glyphosate resistant crops, however, everything changed, and use of the herbicide has since skyrocketed.

Today, 60 million acres of American farmland are now home to weeds that have developed a resistance to glyphosate, requiring even more herbicide to keep them under control, and prompting regulators to repeatedly raise the allowable limit for spraying. Glyphosate is also used for off-label purposes, such as to accelerate the ripening process.

Glyphosate is so prevalent that a 2011 study from Germany found the chemical in significant quantities in all human urine samples they tested. Levels were “5 to 20 times above the legal limit for drinking water.”

Yet regulators still insist that levels are safe. According to the EPA, an individual eating a lifetime of food derived entirely from glyphosate-sprayed fields with residues at their maximum levels would still have no adverse health effects.

But we may be consuming much more glyphosate than regulators suggest. According to Phillips, claims of safety hinge on a single small word.

“Look at any kind of government writing on the subject. They only discuss glyphosate ‘on’ the food. What they never discuss is the systemic residue ‘in’ the food,” he said.

Glyphosate is not found only on the surface of a plant, but is absorbed and accumulated in its tissues. Herbicides are formulated with other chemicals to enhance penetration of glyphosate into the plants. Weeds die, but genetically engineered crops continue to soak up the chemical with each application, and washing or cooking does not make it go away. One study found the amount of glyphosate in genetically altered soybeans to be “greater than is typical for many vitamins.”

Impact on the Microbiome

Our ever increasing glyphosate diet may still not be enough to deliver a lethal dose, but some worry about the effect on our microbiome: a two to five pound colony of bacteria that resides in the colon. The microbiome is responsible for our immunity, digestion, and a host of other vital bodily functions. Its importance is so great, some doctors now consider the microbiome another organ.

“Glyphosate really doesn’t kill the weeds. It just cripples the immune defense systems of the plant, so the plant can’t defend itself against the pathogens that are in the soil,” said Phillips. “[Glyphosate] is also throwing our immune systems out of balance, and setting the stage for illness, for cancer. That’s why the World Health Organization calls it ‘probably carcinogenic,’ because it sets the stage for these problems.”

Although Phillips’ lawsuit could have a major impact on conventional agriculture, most news organizations have not touched the story. Phillips says he has been interviewed by reporters from Reuters, CNN, and others, but no articles ever materialized. He suggests that a lot of biotech ad revenue supports these organizations, and editors are advised to steer clear.

Anyone with ties to the biotech industry will no doubt scoff at a lawyer’s claims that glyphosate levels in the food supply and environment cause harm. But the premise of Phillips’ case will be harder to deny.