Last King of Egypt on Shen Yun: ‘So Much Beauty’ 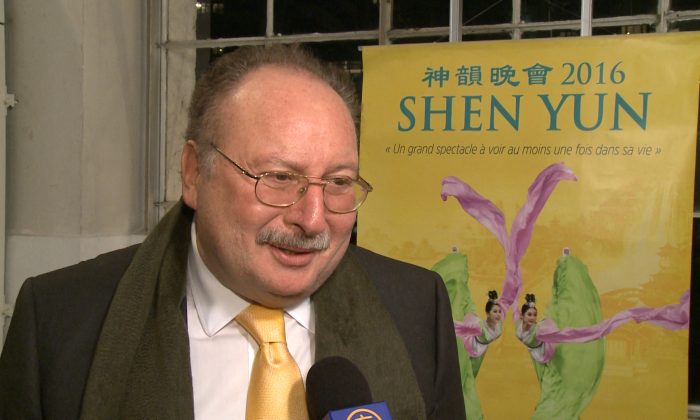 Fouad II, the last king of Egypt, "had a wonderful evening" at the first Shen Yun Performance in Geneva on Feb. 25, 2016. (Courtesy of NTD Television)

GENEVA—Shen Yun Performing Arts started its European tour by the snowy peaks of Mont Blanc, putting on its first of many shows in Europe in Geneva’s Bâtiment des Forces Motrices on Thursday, Feb. 25.

There was a particularly distinguished guest coming to see Shen Yun on its opening night in Geneva to enjoy the company’s exhilarating and culturally rich performance: Fouad II, the last king of Egypt.

Prince Ahmed Fouad Farouk became an infant monarch in 1952 after the abdication of his father King Farouk I following the Egyptian Revolution. His reign came to an end less than a year later when Egypt became a republic, and his family fled to Switzerland, which has become Ahmed Fouad’s adopted land.

Even after being away from his homeland for so long, barring the occasional visits, Ahmed Fouad is still deeply concerned for his once-kingdom and holds the ancient nation very dear in his heart.

But on Thursday night, he was immersed in the essence of another ancient culture, one which he values very highly.

“I am a great admirer of Chinese culture and Chinese history. I spent a wonderful evening and I thank [Shen Yun] from my heart,” Ahmed Fouad said.

Himself an amateur martial artist and interested in reading the teachings of Chinese philosopher Confucius, Ahmed Fouad said he believes that China was “way ahead of the world, for a long time.”

Seeing this rich culture presented on the stage with such a superb performance was indeed something to marvel at.

“I congratulate the wonderful [performance] company I saw tonight, costumes, exceptional dancers, the music,” he said.

Shen Yun will put on four more performances in Geneva until Feb. 28 before going to Roubaix, France.