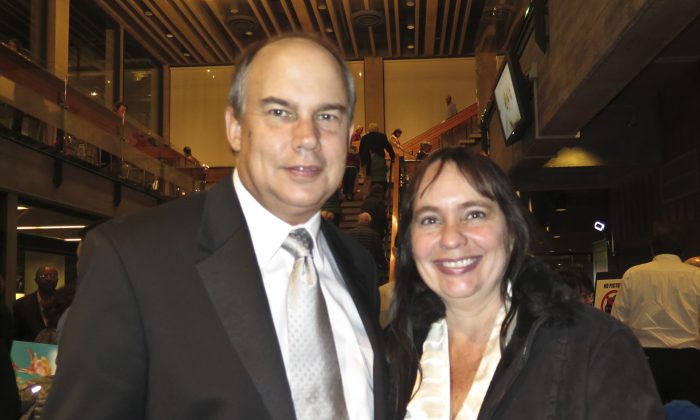 BERKELEY, Calif.—Reva Nickelson had never seen anything like Shen Yun Performing Arts before she attended the Jan. 7 performance at Berkeley’s Zellerbach Hall.

Based in New York, Shen Yun has the mission of reviving 5,000 years of Chinese culture through the universal language of dance and music. Shen Yun came to Berkeley for the first time this year as part of its ninth world tour.

Ms. Nickelson appreciated the colors of the costumes. Her companion particularly admired the dance piece Sleeves of Grace, which makes use of long silk “water sleeves” that flow in patterns, trailing behind the dancers’ arms.

In addition to classical Chinese dance, Shen Yun’s program includes many ethnic and folk dances from China. Ms. Nickelson especially liked the Mongolian dance in which dancers click chopsticks in time with their graceful movements.

She also commented on the storytelling and history conveyed by the dancers. Many Shen Yun dance pieces tell legends from China’s rich history as well as modern tales of oppression and courage.

“I love the way [the storytelling] comes through the dance,” David said. “It’s just very impressive.”