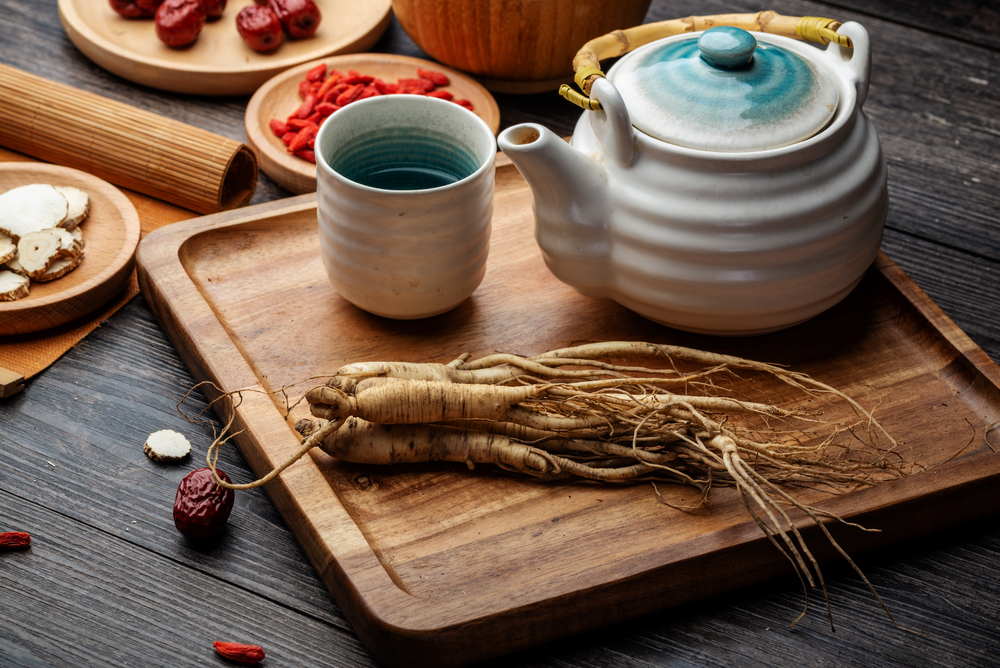 Korean red ginseng has many health benefits. This ginseng also has the South Korean government, working to ensure the hightest quality product. (Shutterstock)
Food as Medicine

A potent preventative treatment from the Korean Peninsula
BY Conan Milner TIMEMarch 12, 2022 PRINT

Unfortunately, there is also a lot of confusion that accompanies this plant. Due to the strong reputation associated with the ginseng name, several plants wear the moniker. Siberian ginseng, pseudo-ginseng, American ginseng, Indian ginseng, and so on all have similar properties. These herbs are classified as adaptogens because they help the body better adapt to the onslaught of stress and the aging process.

However, the most powerful and highly regarded herb from this family is known as panax ginseng. “Panax” means “all-healing” in Greek. Other names for this herb include “long-life root,” “the promise of immortality,” and “king of all herbs.”

Think of Korean red ginseng as panax with extra muscle. Part of what makes this variety special is where it’s grown. The Korean soil and climate are ideal for raising Panax ginseng, and the farmers there borrow from a long tradition of ginseng cultivation. The Korean government also imposes strict quality controls over this crop, ensuring a higher quality product.

In traditional Chinese medicine, panax ginseng is considered the ultimate yang and qi tonic due to the warmth and energy that it provides. The main symptoms that call for ginseng are weaknesses such as shortness of breath, lethargy, impotence, cold limbs, weak pulse, lack of appetite, and chronic diarrhea.

Conan Milner is a health reporter for the Epoch Times. He graduated from Wayne State University with a Bachelor of Fine Arts and is a member of the American Herbalist Guild.
SHARE
Friends Read FreeCopyFacebookTweet