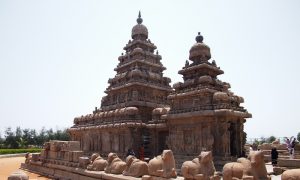 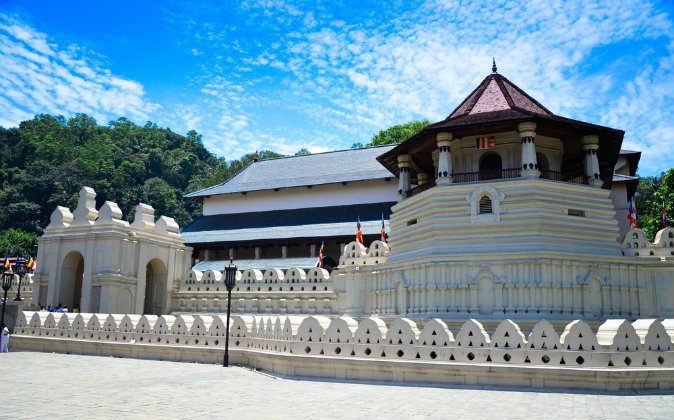 Temple of the Tooth, Kandy, Sri Lanka via Shutterstock*
Destinations

The city which protects the world’s most sacred Buddhist shrine lies in the hill country in Sri Lanka – Kandy. This is the most famous city among tourists, not only because of the historical importance of this city, but also for the soft climate and natural resources around this city. Although there are hundreds of interesting locations situated in Kandy, I’ll list some of the most interesting places you must visit while you are in Kandy.

In the heart of the city you could find the royal palace of the last independent kingdom of Sri Lanka. The Temple of the Tooth Relic, Sri Dalada Maligawa, is also situated near the palace just a few steps away. The temple holds one of the Buddha’s teeth which is worshipped and honored by Buddhists all over the world.

Just about 5km away from the city you will find the largest botanical garden in Sri Lanka, The Royal Botanical Gardens, Peradeniya. This was once the royal garden of the Kandyan queen, hence the name remains as the Royal Botanical Gardens. Dimensions of this garden has extended to 147 acres and it is speculated that the garden consists of over 4000 species of plants.

Although it is just another temple built for Lord Kataragama, this place is popular among travelers because of its magnificent wooden carvings of dancers, wrestlers, musicians, legendary beasts, and birds. The records of this building confirms that this temple was built in the 14th century. Carvings in Embekka Temple are considered as some of the best wooden art in traditional Sri Lanka.

This 14th century Buddhist temple is built on a rock with a long series of rock-cut steps to reach the temple. This marvelous building is built at a picturesque location and is considered as one of the best examples of  traditional Sinhalese temple architecture.

The sanctuary situated behind the Royal Palace is called Udawatta Kele. The forest contains a wide variety of plant species, birds, mammals, and sometimes reptiles inherent to Sri Lanka. Udawatta Kele is a famous destination among bird watchers as there are about 80 avifaunal species which can be found, including endemic bird species and threatened bird species.

Besides these places, there are many natural locations which attract tourists, such as the Knuckle Mountains, Hanthana Mountains, Mahaweli River, and the Victoria Reservoir. On the way to Nuwara Eliya town from Kandy, which is about 1 hour drive, you could find many charming waterfalls such as Baker’s Falls, St. Clair’s Falls, Devon Falls, Laxapana Falls, etc.

Copyright © 2015 by the Dauntless Jaunter Travel Site. This article was written by  Noorani and originally published on dauntlessjaunter.com.

*Image of temple of the Tooth, Kandy, Sri Lanka via Shutterstock