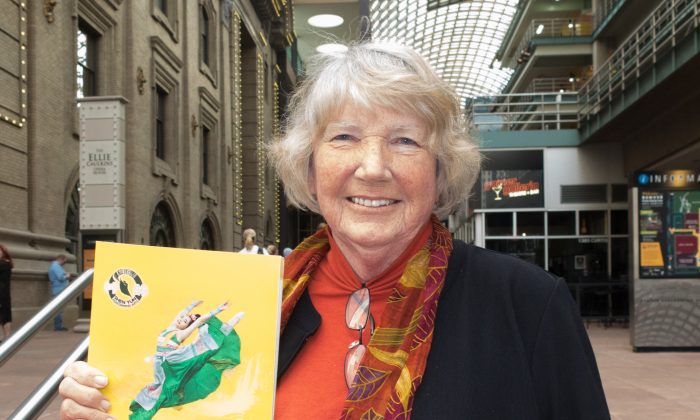 DENVER—Political columnist Felicia Muftic understood just how significant it was that a performing arts company like Shen Yun Performing Arts had come to fruition.

“I’ve been through an awful lot, I’ve seen an awful lot,” said the 78-year-old journalist. Ms. Muftic had lived through the Cold War, married an Eastern European in Berlin at the time, and seen many people persecuted for their faiths under totalitarian regimes in Eastern Europe during her career.

So learning that New York-based Shen Yun was reviving a divinely inspired culture lost under China’s communist regime, and seeing those events played out in the dance, was hopeful to Ms. Muftic.

“I understand the persecution of that. I’ve seen it myself, I’ve felt it myself, I know what it is about. The hope of that to me is wonderful. And I don’t think we can lose that hope,” she said at The Buell Theatre on March 6.

She mentioned one story of an elderly couple separated by the regime, and the husband imprisoned and tortured for his faith. The story ends on a note of hope and faith as he returns to his village and a divine scene unfolds.

It was a true to life depiction that brought Ms. Muftic to tears. “I related to that very, very deeply. It did bring me a little bit to tears. I’ve see some of that personally, so it truly related to me.”

“I love the message of hope at the end. I hope that does happen,” she said. There must be a respect for old traditions, and as humans we cannot deny spirituality, she said.

Ms. Muftic is just as interested in bringing awareness to the persecution of minorities and world injustices as she is in learning about different cultures and their customs. She was delighted in the many folk and ethnic dances Shen Yun presented, from some of the 56 minority groups across China. The original dances were all interesting to her, and she said they were beautifully choreographed.