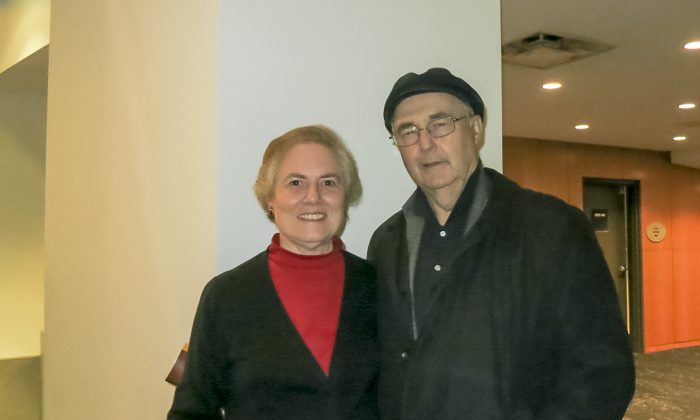 Neil Earle and his wife, Susan, enjoyed a performance by Shen Yun Performing Arts at the Cannon Center for the Performing Arts, in Memphis, Tennessee, on Feb. 14, 2018. (Sally Sun/The Epoch Times)

“[Shen Yun is] talking about the communist oppression, which was very brave. Very brave of them to put that front and center in the show—so I was very impressed with the fact that they brought out—the contrast.”

“I know that all people have a spiritual side. There is a spiritual consciousness. And just about everybody. So that was really brought out tonight.”