'I love the spiritual message' 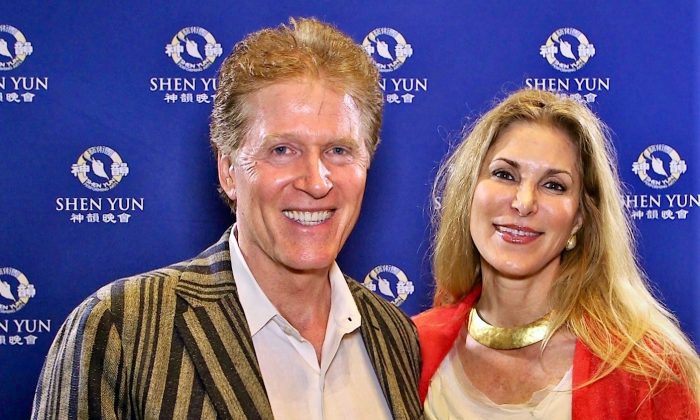 “[Shen Yun] was fantastic. I was so impressed. I love the spiritual message. I love the quality of the dancers and the stories. It was just really exceptional.”

“We have the Western version of what you were telling us about tonight. That it is really important to have God in the center of our lives; if we don’t, we are in trouble. … The world is in trouble—so what you guys are doing is phenomenal. It’s spreading a really good message in a really fun way, a non-threatening way, which is important.”

“The dancers were unbelievable. We decided we are going to start a new exercise regime starting tomorrow. Just so we can try to be like they are. They were great!”

“The [music] makes me feel really good. I appreciate how the dancers moved with the music and became part of the music, as another character within the music—so I loved it.”

“What I thought was the most phenomenal thing was when you had the screen, you had the music, the music obviously was cuing the dancers, so they know exactly when to go in and have that animated version of them. The whole thing was absolutely genius. And the math, there had to be a lot of math involved in there, right? It’s awesome—I am fan.”

“I think just a lot of positive upbeat—getting away from the oppression that they left and what the Chinese government is. … It felt like these people were banding together, to stand up for what is right, and not be victims anymore. That’s what I felt over everything. It was more of the sense of community, banding together, forming an alliance, and saying we don’t have to live that way, which I thought was amazing.”

“It was amazing. Fantastic! The coordination of the music, the animation, the timing of that, and putting all these pieces together, and knowing how difficult that is, I can’t even imagine what went into the show. I really can’t.”