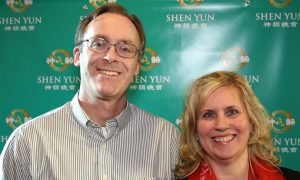 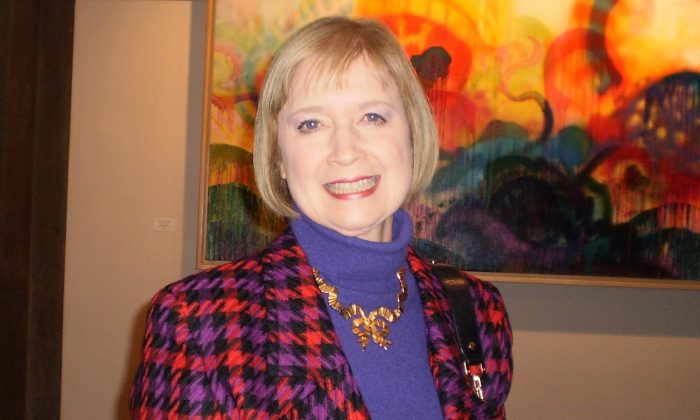 INDIANAPOLIS—Trudy Banta, a distinguished professor at Indiana University-Purdue University Indianapolis, came to Shen Yun Performing Arts expecting to see something new and different, which she did. But, she experienced much more.

“It’s just amazing,” said Ms. Banta. “Absolutely beautiful. The costumes and the athleticism of the dancers are magnificent. And I love the backdrops. I’ve never seen anything like it.”

She attended the Jan. 17 evening performance at Clowes Memorial Hall of Butler University.

Ms. Banta is a professor in higher education and consultant to the chancellor. Her work in evaluating the effectiveness of colleges and universities has resulted in 10 national awards and her serving on several national panels. She has provided consultations to almost every state in the U.S. and four overseas countries.

Shen Yun is a unique dance and music company with a mission to revive 5,000 years of divinely inspired culture which once flourished in China. “Humanity’s treasure was nearly lost,’ states the company’s website due to the communist regime, particularly the cultural revolution. “Shen Yun is bringing back this glorious culture.”

It does so by storytelling through classical Chinese dance, orchestral music incorporating Eastern and Western instruments, and enchanting backdrops and costumes.

Shen Yun was not only beautiful, it was educational for Ms. Banta. “I had no idea that this culture had been going on for so many thousands of years and that the communists had suppressed it,” she said.

Each Shen Yun performance includes about 20 presentations of music and dance, some depicting stories from China’s past and some from the present. According to the Shen Yun website, the stories and songs express “exalted virtues of Chinese civilization, and convey a message or moral that is still relevant in our day.”

In the performance, Ms. Banta saw values of traditional culture being expressed: “Amazing that they allowed compassion to just overcome everything. That was really wonderful.”

She pointed to a prime example in the dance performance, The Power of Compassion which is based on true events in China today. In it, practitioners of the spiritual discipline Falun Dafa help a Communist Party policeman who injures himself while trying to harm them.

“They were able to overcome his evil. I thought that was really wonderful,” said Ms. Banta.