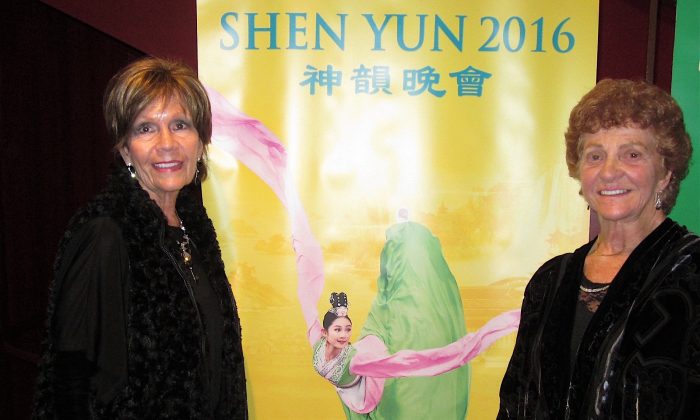 “It’s like they were one person. They were so in tune.”

“It was colorful and beautiful and the music was outstanding. I can’t say enough about it. I’ve never seen a show like that.”

“If this world in general had the truth … the love, the kindness, the integrity, the honesty, all of those things, what a beautiful world we’d have.”

“The dancing was speaking for you, so to speak. It was speaking what you wanted by watching it, and it truly did.”

“I really appreciated it. … We were amazed when the cast came out, and we thought they were four times that many. We couldn’t believe it, the choreography, the precision.”

“The girl playing the two-stringed instrument, I couldn’t believe it. She got all that music out of two strings!”

“If China were as open as they’d like to be, it would be better. … Regardless of what your belief is, if you’re not allowed to speak about it, then that’s not a free country, and that’s sad.”

“It’s harmony, and if man lived in harmony with the music in his heart, wouldn’t it be a better world?”