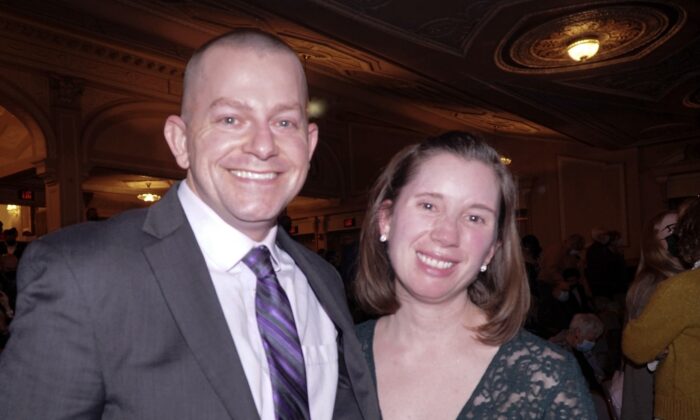 PHILADELPHIA—For many people, it’s already difficult enough to find time to give yourself a break and really enjoy a cultural experience, but with the pandemic, these past two years, lockdowns and other concerns have made it even more difficult for people to decide to spend an evening with Shen Yun Performing Arts.

However, in Philadelphia theatergoers like Brian Elliott, a teacher, and Beth Elliott, a chemical engineer, have found that being out among people couldn’t feel more natural.

This was canceled last year because of the pandemic and now it feels awesome to be in a theater full of people, it feels normal.
— Brian Elliott

“It’s great to kind of do something normal again, coming to show. This was canceled last year because of the pandemic and now it feels awesome to be in a theater full of people, it feels normal,” said Mr. Elliott.

“I had a similar thought right before it started—I haven’t been to an event like this in such a long time, it just felt like when would we ever be comfortable to be out in a space with so many people? Now I feel fine with it and it’s just it’s wonderful to share the experience with so many others,” Ms. Elliott added.

New York-based Shen Yun is dedicated to reviving China’s 5000 years of civilization through dance and music. For someone who has studied Chinese history, Shen Yun was a wonderful opportunity to see some of that history come to life.

“Well, it’s a special occasion for us. I really like the history, I’ve read a lot about ancient China, so I wanted to see a dance interpretation. I’m interested in history [and] that’s what I teach, so I thought this would be a really amazing thing to see and so far it’s met my expectations,” Mr. Elliott said.

Shen Yun presents the beauty of ancient China to audience members, the China that they portray is a genuine depiction of what China was like before communism.

“It really tells the story of ancient China before the communist takeover, a history that you can’t see anymore in China. It’s original Chinese history, it’s amazing,” Mr. Elliott said.

“China was a beautiful place, had a beautiful culture before the communist takeover and it deserves to return,” he added.

When audiences see how Shen Yun resonates with them, they express their wish to share the beauty with those around them.

“I would tell anybody who enjoys dance to come out. It’s very artistic, it’s powerful, it’s beautiful. So yes, I would definitely recommend,” Mr. Elliott said.