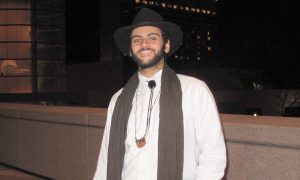 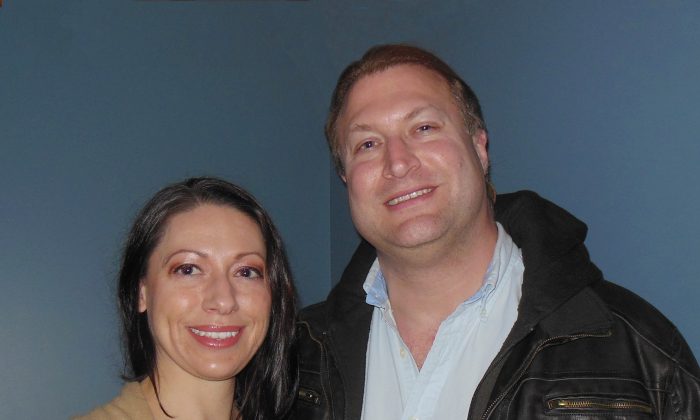 “To me, it is also [about] flow,” said Andy Flack, who attended the Shen Yun performance with Ms. Kirkland.

“The best part was when they all stopped,” Mr. Flack elaborated. “For just a little brief moment, in that silence, and watching them move themselves in such a way that they can both be still and fluid. That fluidity, that’s the essence.”

They came to Shen Yun Performing Arts International Company at Mead Theatre-Schuster Center on Jan. 28 to see the dance as they both are dancers.

The trademark of Shen Yun is classical Chinese dance which is “one of the most rigorous and expressive art forms in the world,” states the Shen Yun website.

“It is very beautiful and elegant, Ms. Kirkland said about the Shen Yun dancers. “The women are so soft and expressive.”

Mr. Flack also enjoyed what he saw, particularly the synchronicity of the dancers among each other, as well as with the music and digitally interactive backdrops.

“Everyone moving simultaneously, their timing is so perfect between them,” he explained.

“I like the personalities that come through in the different stories that have been told,” Ms. Kirland explained. “And, I do like hearing about the history, where the dances come from and learning more about the culture.”

The classical Chinese dancers of Shen Yun awed the pilates instructor. “Physically what they are able to do is so impressive, and that every movement is inspiring. The flexibility, grace, and poise is incredible, and will inspire me to stand straighter, move more, and everything,” she concluded.

The mission of Shen Yun is to recapture the exalted virtues, and morals, and messages relevant today from 5,000 years of traditional Chinese culture. This traditional culture was on the brink of extinction due to 60-plus years of communist rule, particularly during the Cultural Revolution, according to Shen Yun’s website.

Shen Yun is based in New York, thus, it has the freedom to fully express and revive this ancient culture and its wisdom for audiences outside of China.

Ms. Kirkland found it interesting to learn that Shen Yun cannot be seen in China now, and also touched and grateful to be able to see Shen Yun perform. “I am very happy and I feel honored to be able to be here and watch tonight.” she said.