‘It’s a Message of Hope for All Cultures,’ Says Shen Yun Audience Member 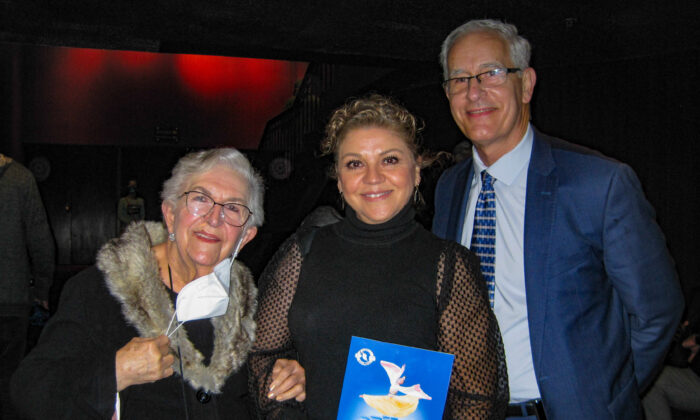 SAN DIEGO, Calif.—Where there are difficulties, there is also hope if one looks for it. That is what Gamaliel Garcia, a minister, is taking away from seeing Shen Yun Performing Arts.

Garcia said that a strong impression he got from the performance was “The message of overcoming adversity and difficult times of persecution.”

New York-based Shen Yun tells stories of people overcoming adversity through dance and music, with the story of Falun Gong practitioners being persecuted for their beliefs in China as one of the most powerful pieces in the performance.

Throughout the performance, the values of tradition are also emphasized.

“I think it’s very important because we very easily in modern society forget about traditions. And the emphasis that’s done to bring the knowledge of what those traditions are very good. I thought it was very positive,” Garcia said.

“It did take me by surprise but it was very positive in the sense of understanding the whole concept of traditional, the divinity, and the importance of that divine nature that is brought in through tradition,” he elaborated.

Garcia added that he sees hope in Shen Yun. “It’s a message of hope for all cultures in any particular situation,” he said.

“Because of the negative things that are going on in society, and how we’re beaten down, I think a message of hope really helped people in whatever circumstances, whether in a persecution or a pandemic, it’s that hope of knowing there is something better if we just connect to it.”

Another audience member who was struck by the portrayal of the persecution of Falun Gong was Donna Miller who attended the performance with her friend Pauletta Staley.

“So really the most powerful piece to me was the harvesting of the organs,” Miller said. “I’m just weeping. It’s so horrendous. And I’ve been following this. And this is why we’re boycotting the Olympics. And I’m so happy we’re boycotting the Olympics in Beijing. And I’m just sorry that communism has taken over China because this is so sad to have lost this culture.”

Falun Gong is an ancient practice that can significantly improve the minds and bodies of those who practice it.

“We’re reading up on their values. The values are amazing,” Staley said.

Miller was able to recall what the core principles of Falun Gong were, “Truth, compassion, and forbearance,” she said.

Staley commented that she could tell that the performers in Shen Yun were very genuine in what they were giving to the audience.

“Everything comes from the heart, to the heart out, and you could see it in the dance. It’s stunning and very concise. The choreography is amazing,” she said.

Miller expressed her gratitude for Shen Yun’s dedication to continue to spread beauty during the pandemic.

“There’s not one person that doesn’t love beauty, music [and] talent. So you’re speaking that into our culture, and we need it, especially in the time of this pandemic, and all this socialist ideology that’s happening in our whole world, in America and everything, so I’m just blessed that we’re here,” she said.