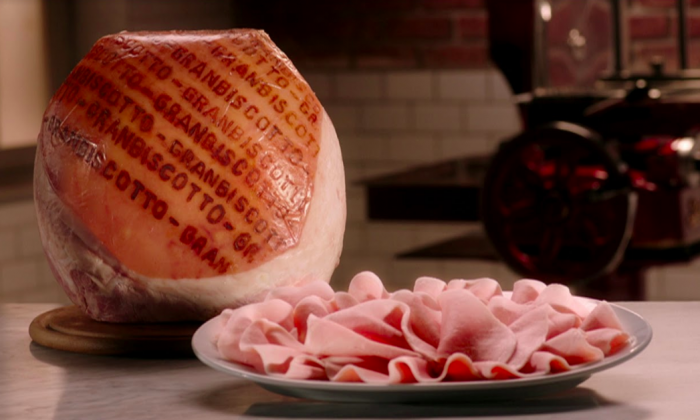 You know about prosciutto, Italy’s famed cured ham, made according to traditions passed down for centuries. There’s also prosciutto cotto, or cooked ham. Rovagnati, a leading artisanal ham, salumi, and cured meats company based in Lombardy, is bringing its best-selling, signature Gran Biscotto cooked ham to the U.S., and until Oct. 29, New York restaurants are vying to create their best recipes with it.

The family’s secret herb and spice blend is rubbed into the pork leg, which is then slow steam-cooked for 12 hours.