‘It was riveting,’ Etiquette Specialist Says of Shen Yun 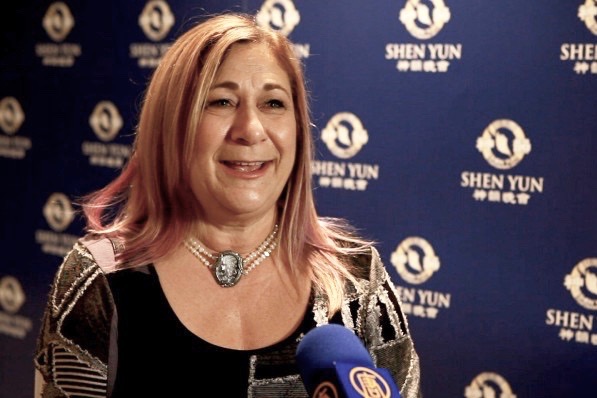 VANCOUVER, Canada— Classical China at its most excellent took centre stage at the Queen Elizabeth Theatre on Jan. 22 as Shen Yun Performing Arts opened the first of a four-show run in Vancouver.

“It was riveting. It was absolutely amazing because I used to be a clothing fashion designer and clothing manufacturer and the clothes are spectacular. And … everything is just so fluid and the dancing was absolutely phenomenal,” she said.

“The colour combinations, the way it just moved, the dancers—I can’t say enough about it. It was absolutely great.”

Classical Chinese dance, Shen Yun’s piece de resistance, is the epitome of China’s traditional aesthetics. It was continually refined through the ages, eventually developing into one of the most comprehensive dance systems in the world.

“As a child I danced as a ballerina so I loved the dancing,” said Ms. Backman. “I was amazed at all the choreography and the music—it just lived through you.”

“It was an eye-opener of how many things that we take away from [classical Chinese dance], like acrobatics and gymnastics.”

According to Shen Yun’s website, its mission is to revive China’s 5,000-year-old culture, which was almost destroyed by the Chinese Communist Party. Political campaigns such as the Cultural Revolution brought the country’s traditions to near-extinction.

Ms. Backman said she was impressed with Shen Yun’s portrayal of the culture.

“I liked it very, very much,” she said. “It’s just that you don’t like traditions lost in any culture so it’s really nice to see its revival.”