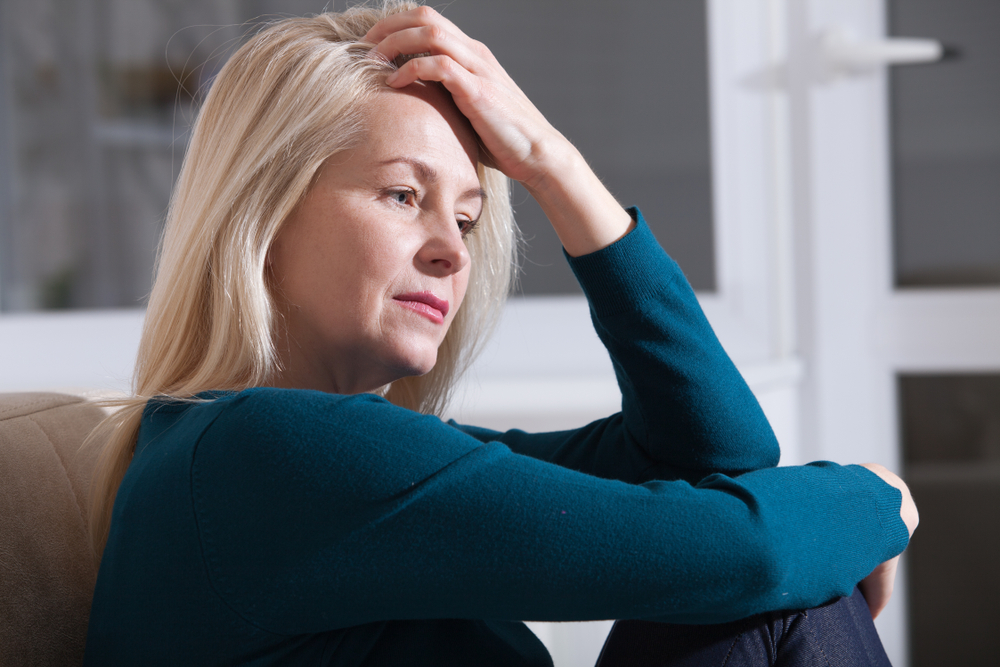 Is Stress Making You Withdraw From People?

A new study finds stressful days may lead us to pull away from others even when we need them more
BY Jill Suttie TIMEJanuary 15, 2022 PRINT

Having close relationships is important to our well-being, helping us to be healthier and more resilient. According to the research, even superficial encounters with people in our everyday lives can make us happier and bring a sense of belonging within a community.

If that’s the case, then why would we avoid social contact? A new paper published in Emotion aimed to find out.

Researchers studied the everyday lives of 88 college students making use of a cell phone app called StudentLife. The app gathered information about activity in real-time without the participants needing to input data themselves. Over one month, the app recorded the number of face-to-face conversations the students had each day and how long those conversations lasted, providing an overall social contact score. It also measured sleep patterns, activity levels, and time spent at home—all things that could potentially affect social contact. At random times each day, participants were prompted to rate how stressed they were on a scale of 1–16.

At the end of the month, researchers analyzed the data. The result? Stress levels turned out to be a crucial predictor of social contact: People who felt higher levels of stress one day had less social contact the next, regardless of how much time they slept, moved about, or stayed home. Gender and personality also didn’t play as much of a role as we might think they would.

According to coauthor Meghan Meyer, this finding confirms something that has been seen in animal studies, but not with people.

“Psychologists have thought for a while that something like this might happen to people under stress. But it’s been really hard to measure how much people are actually interacting with other people in their everyday lives,” she says. “Capitalizing on people’s cell phones to naturalistically and organically measure their actual social interactions was really helpful to uncovering this pattern.”

Why might this be? Meyer says it makes intuitive sense. We may feel an instinct to withdraw under stress, perhaps because conversations with others take energy or we may just want to rest.

It’s a bit worrying, she says, because pulling away from our social networks could actually worsen the stress, creating a vicious cycle.

“Being socially integrated is protective of one’s well-being,” she says. “We need to interact with our social network members for good mental health. But if when we’re stressed we’re withdrawing from them, that could backfire.”

Interestingly, participants socialized less after feeling stressed no matter how generally social they were to begin with. This means extroverts and introverts withdrew equally (compared to themselves), implying that other factors besides personality may be at play.

Meyer and her colleagues also didn’t find a gender difference—women and men both restricted social contact the day after feeling stressed. That was more surprising, as some past research suggests women tend to seek solace from stress in the company of others more than men.

“These individual differences didn’t matter. We were taking them into account and still seeing this,” she says. “That’s pretty compelling.”

However, Meyer doesn’t guarantee these findings are solid, as the study didn’t measure personality traits directly and may have had too few participants to capture gender differences effectively. On the other hand, she says, past studies showing gender differences around stress often had even fewer participants than their study, didn’t use the same technology to capture actual behavior, and focused more on middle-aged participants—any of which could have produced different results.

Still, researchers may be looking at the wrong things when it comes to understanding how people respond to stress, she says. College students are in an environment with lots of opportunity for regular social contact, and they experience stressors in their lives (like midterms and finals) where withdrawal could be beneficial (for studying purposes, for example).

In other words, patterns around responding to stress may be more situational than anything else.

“As psychologists, we tend to focus on individual differences, like, if you’re introverted or extroverted, neurotic or not,” she says. “I think another way to think about this is to consider the features of your social network and how that might actually modulate behavior.”

How to Deal With Stress

Does that mean that these findings aren’t relevant for the rest of us, like me, a middle-aged woman?

Meyer doesn’t know. But she suspects someone like me would be even more likely to withdraw socially when stressed. After all, it’s much easier to withdraw from others when you aren’t surrounded by your peers in everyday life, and most of us live more isolated lives than college students. To parse that out, we need more research.

Still, this study does add some interesting nuance to the research on stress and social relationships. While many of us may believe we seek out others when stressed, these findings suggest that may not be the case. Instead, we may be overestimating our tendency to reach out to others, potentially missing out on opportunities for social support.

Meyer also believes there are potential applications for the StudentLife app that could benefit students. If they used the app regularly, they could become more aware of their socializing patterns and recognize signs of stress, like social withdrawal or disrupted sleep. Alternatively, colleges themselves might use the app to identify people who’ve suddenly withdrawn from social contact and may need attention.

“Stress is often a precursor to more serious mental health conditions, like depression and anxiety disorders, and we know that these often emerge in college students,” says Meyer. “If cell phones could detect things on the fly—like, someone withdrawing from their social network—students could be pinged and asked if they’re feeling OK or be reminded of mental health resources on campus,” said Meyer.

Encouraging people to reach out to close friends or confidants when stressed might also be a good strategy, says Meyer. Though her study didn’t really look at whom students interacted with, nor did it find that socializing more one day reduced stress the next day, it’s likely that having warm interactions with fewer, more intimate friends could reduce a person’s stress more than participating in a lot of superficial conversations.

“Anecdotally, it makes sense that when you’re seeking support around stress, you won’t be going to an eight-hour party,” she says. “Instead of having one of your more socially active days, you may just need a really targeted conversation to get the help you need.”

Jill Suttie
Follow
Jill Suttie, Psy.D., is Greater Good’s former book review editor and now serves as a staff writer and contributing editor for the magazine. This article was republished from the Greater Good online magazine.
SHARE
Friends Read FreeCopyFacebookTweet
You May Also Like