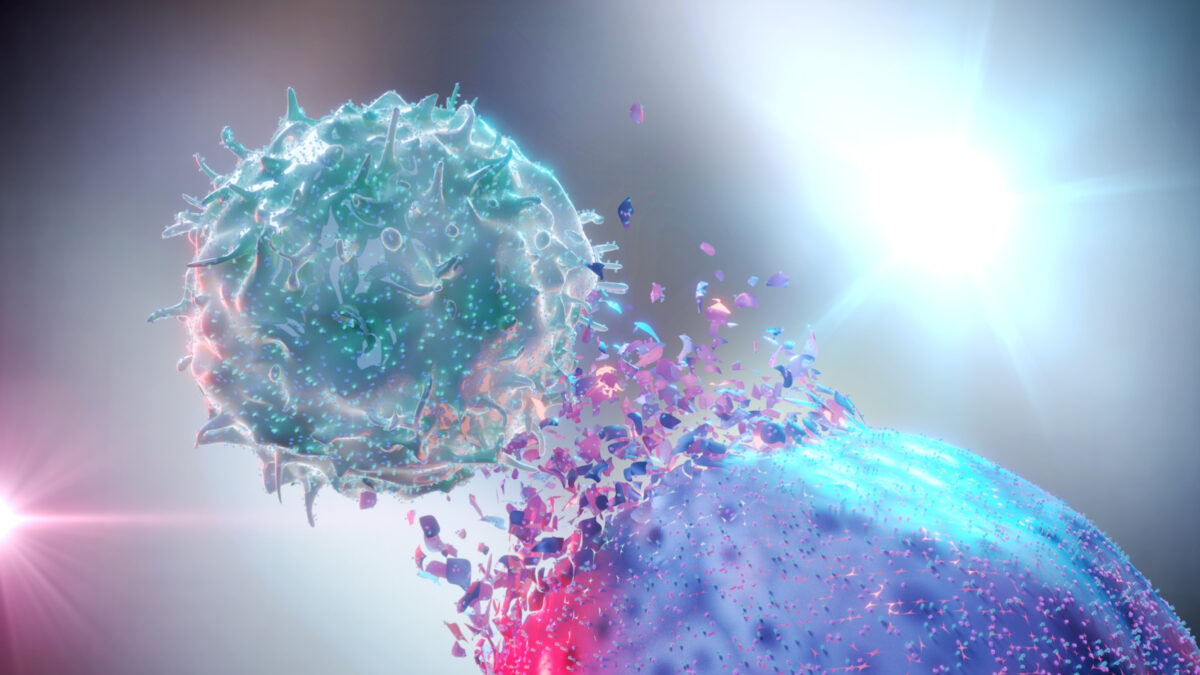 Is Ivermectin a Cancer Solution?

It’s been vilified as being dangerous, useless or both, but extensive research shows that’s not true. This study demonstrates potential for its use against a broad range of cancers. Along with direct cytotoxic effects, it’s believed to help regulate the tumor microenvironment, mediating immunogenic cell death.

Ivermectin is a widely used antiparasitic drug that’s listed on the World Health Organization’s essential medicines list1 and approved by the U.S. Food and Drug Administration. In low- and middle-income countries, ivermectin is commonly used to treat parasitic diseases including onchocerciasis (river blindness), strongyloidiasis and other diseases caused by soil-transmitted helminthiasis, or parasitic worms.2

The drug is also used to treat scabies and lice. It’s estimated that the total number of ivermectin doses distributed is equal to one-third of the world’s population and, as such, “ivermectin at the usual doses (0.2–0.4 mg/kg) is considered extremely safe for use in humans.”3

Ivermectin also has demonstrated antiviral and anti-inflammatory properties and made headlines for its potential role in treating COVID-194 — although much of the positive press has been censored and falsely labeled misinformation.5 Now researchers are highlighting another potential use for ivermectin, which is equally as exciting as its potential role in COVID-19 — as an anticancer agent.

Ivermectin has notable antitumor effects, which include inhibiting proliferation, metastasis and angiogenic activity in cancer cells.6 It appears to inhibit tumor cells by regulating multiple signaling pathways, which researchers explained in the Pharmacological Research journal, “suggests that ivermectin may be an anticancer drug with great potential.”7

Their graphic, below, shows the multiple ways that ivermectin may target cancer, including inducing apoptosis and autophagy while also inhibiting tumor stem cells and reversing multidrug resistance. They stated that ivermectin “exerts the optimal effect when used in combination with other chemotherapy drugs.”8

Many may not be aware that scientists Satoshi ōmura and William C. Campbell won the Nobel Prize in Physiology or Medicine in 2015 for their discovery of ivermectin.9 The medicine is used to treat not only parasitic diseases like malaria but also shows promise for treating asthma and neurological diseases, in addition to cancer.

Along with direct cytotoxic effects, it’s believed that ivermectin regulates the tumor microenvironment, mediating immunogenic cell death — another reason for its promise as an anticancer agent.10 Research suggests the drug may be useful for the following cancers:11

A study published in Frontiers in Pharmacology specifically highlighted ivermectin’s potential to fight colorectal cancer, which is the third most common cancer worldwide.12 The drug was found to inhibit colorectal cancer cell growth in a dose-dependent manner as well as promote cell apoptosis.

Further, even at low doses of 2.5 and 5 µM, ivermectin inducted cell arrest in colorectal cancer, leading researchers to state, “[I]vermectin might be a new potential anticancer drug therapy for human colorectal cancer and other cancers.”13 Considering that the “war against cancer” has been ongoing for decades, with little to show in terms of lives saved, repurposing existing drugs with favorable safety profiles and notable anticancer effects — like ivermectin — makes sense.

The Pharmacological Research scientists similarly noted, “Drug repositioning is a shortcut to accelerate the development of anticancer drugs.”14 Not only has ivermectin been shown to permeate tumor tissues effectively, but it has a long history of successful use in humans. They explained that even when doses were increased, no serious adverse effects were found:15

“[T]he broad-spectrum antiparasitic drug IVM (ivermectin), which is widely used in the field of parasitic control, has many advantages that suggest that it is worth developing as a potential new anticancer drug. IVM selectively inhibits the proliferation of tumors at a dose that is not toxic to normal cells and can reverse the MDR [multidrug resistance] of tumors.

Importantly, IVM is an established drug used for the treatment of parasitic diseases such as river blindness and elephantiasis. It has been widely used in humans for many years, and its various pharmacological properties, including long- and short-term toxicological effects and drug metabolism characteristics are very clear. In healthy volunteers, the dose was increased to 2 mg/Kg, and no serious adverse reactions were found …”

Is Liposomal Delivery a Game Changer?

The development of an injectable form of ivermectin, or liposomal ivermectin, could help overcome some of its limitations regarding solubility and open its use to a broader range of cancers. The cancer immunotherapy treatment pembrolizumab, for instance, is approved to treat PD-L1-positive, triple-negative breast cancer, which accounts for only about 20% of cases.

As an immune checkpoint inhibitor, it works best in so-called “hot” tumors, which are already infiltrated by T cells. If ivermectin could be injected into the tumor, inducing T-cell infiltration into the area and inducing immunogenic cancer cell death, it’s possible that it could turn a “cold” tumor into a “hot” one, thereby making it more effectively treated.16

“So the business value proposition really simply is, we take the best-selling and best-acting drugs and expand their ability to be used on … more types of cancer on a broader spectrum. So you still need the cancer drug and what our Ivectosol does is it enables it to be used in a broader universe …

“The extensive research supporting the drug ivermectin as effective in the inhibition of proliferation, metastasis, and angiogenic activity in a variety of cancers, and as an initiator of immunogenic cell death, is overwhelming. Imagine what is possible when you have the world’s only human injectable form of ivermectin that can be directly injected into a tumor or provided through more bio-available forms such as intravenously.

We believe this will be groundbreaking research with near-immediate application to be able to proceed directly to human trials based on the safety and efficacy of ivermectin.”

What About Ivermectin for SARS-CoV-2?

In the U.S., ivermectin has been vilified as a treatment for SARS-CoV-2, despite its impressive inhibitory effects on the virus.20 Even the FDA has a dedicated webpage warning “why you should not use ivermectin to prevent COVID-19.”21

It’s interesting to note, however, that Africa has a lower number of cases, severity of disease, hospitalizations and deaths than other areas of the world,22 which may be due to using prophylactic medications for endemic infections — ivermectin and others, such as sweet wormwood — that have successfully treated COVID-19.

For instance, a study from Japan demonstrated that just 12 days after doctors were allowed to legally prescribe ivermectin to their COVID-19 patients, the cases dropped dramatically.23 The chairman of the Tokyo Medical Association24 noticed the low number of infections and deaths in Africa, where many use ivermectin prophylactically and as the core strategy to treat river blindness.25 More than 99% of people infected with river blindness live in 31 African countries.

Aside from these observations, a study published in the March 2022 issue of the International Journal of Infectious Diseases found that treatment with ivermectin reduced mortality in COVID-19 patients — and to a greater degree than remdesivir.26

Another recent investigation by Cornell University, posted on the University’s preprint server January 20, 2022, found ivermectin outperformed 10 other drugs against COVID-19, making it the most effective against the Omicron variant.27 It even outperformed nirmatrelvir (Paxlovid), which was granted emergency use authorization against COVID-19 in December 2021.

Remdesivir costs between $2,340 and $3,120,28 and nirmatrelvir costs $529 per treatment,29 while ivermectin’s average treatment cost is $58.30 Do you think this has anything to do with ivermectin’s vilification?

Dr. Pierre Kory, who is part of the group that formed the Front Line COVID-19 Critical Care Working Group (FLCCC) to advance early treatments for COVID-19, pleaded with the U.S. government early on in the pandemic to review the expansive data on ivermectin to prevent COVID-19, and to keep those with early symptoms from progressing and help critically ill patients recover — to no avail.31,32

However, if you’d like to learn more about its potential uses for SARS-CoV-2, FLCCC’s I-MASK+ protocol can be downloaded in full,33 giving you step-by-step instructions on how to prevent and treat the early symptoms of COVID-19.

FLCCC also has protocols for at-home prevention and early treatment, called I-MASS, which involves ivermectin, vitamin D3, a multivitamin and a digital thermometer to watch your body temperature in the prevention phase and ivermectin, melatonin, aspirin and antiseptic mouthwash for early at-home treatment.

Household or close contacts of COVID-19 patients may take ivermectin (18 milligrams, then repeat the dose in 48 hours) for post-exposure prevention.34 Whether ivermectin’s potential as an anticancer agent will be stifled the same way it was for COVID-19 remains to be seen, but it appears to be a compound that’s worth watching as a potential powerful agent in the fight against cancer.

Originally published May 12, 2022 on Mercola.com