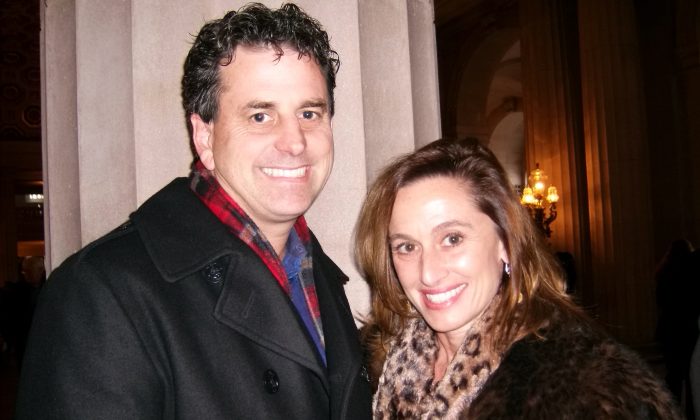 SAN FRANCISCO—Shen Yun’s sold out matinee performance turned out to be a wonderful way to experience 5,000 years of Chinese culture for Garrett Hale, President and CEO of Sunergy, Inc.

“It’s definitely worth it and definitely a wonderful way to view the history in just an afternoon,” said Mr. Hale at the War Memorial Opera House Jan. 11.

“I think they did a really great job putting it together,” he added.

Shen Yun’s website reads, “Shen Yun’s mini-drama pieces draw upon stories and legends that span China’s history from the Yellow Emperor and through the Tang and Song dynasties and all the way to the modern day. A unique feature of Chinese civilization is that its history has been documented and passed down uninterrupted for 5,000 years, sometimes in vivid detail. This provides Shen Yun with vast source material, making it possible to revive this ancient culture on a present-day stage.”

“I really enjoyed that there was so much about the history and that they took the time to explain the history of each dance, so it really gave the show some meaning,” said Mr. Hale.

Mr. Hale’s company is an international mining company based in Arizona that according to its website “is engaged in the evaluation, acquisition, exploration, planned operation, and advancement to production of largely alluvial gold/rare earth elements and diamond recovery projects in Ghana, Sierra Leone, and Liberia West Africa.”

Maria Scarborough, who works as a respiration therapist, attended the performance with Mr. Hale.

“I love the costumes. I thought they were colorful and beautiful,” said Ms. Scarborough.

“It was really nice to see the backdrops, and it put each dance in where they came from,” he said.

Shen Yun’s website explains the digital projection, “With state-of-the-art graphics technology, Shen Yun’s digital-backdrop team creates vividly animated settings, extending the stage and transporting the audience to a world where heaven and earth are one. Inspired by 5,000 years of history, these spectacular landscapes truly reflect China’s multifaceted geography, society, regions, and dynasties. Some scenes even transcend this world, entering a heavenly palace where fairies dance amidst mystical clouds or peering into the solemn majesty of a Buddhist paradise.”