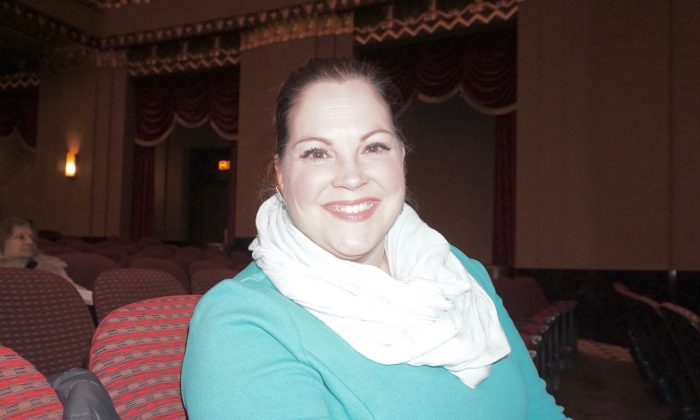 ST. LOUIS—For interior designer, Jule Peukert,looking for inspiration and making things beautiful are just part of her everyday life, but when she and her family saw Shen Yun Performing Arts last season, they couldn’t wait for its return.

“Now we’ve seen it for the second time, we loved it so much,” said Ms. Peukert. On Feb. 13, at the Peabody Opera House, Ms. Peukert and her son, now five, saw the performance again. The first time, in Pennsylvania, the family had left after intermission thinking the two-hour performance might have been too much for a 4-year-old; she was then surprised her son was disappointed and wanted to see more. He begged to see it again in its entirety.

“The beauty of it all inspires my heart,” Ms. Peukert said. “I would say go see it if you have the opportunity, please go see it. It’s lovely and it will teach you more about Chinese culture, Chinese history, Chinese dance, Chinese colors—everything that’s here is beautiful.”

In reviving the divinely inspired Chinese culture, Shen Yun performs classical Chinese dance telling stories of 5,000 years, folk and ethnic dances from some of China’s 56 minority groups, and bel canto style solos sung in Chinese. The dances are also accompanied by a unique orchestra blending East and West, and animated digital backdrops that Ms. Peukert found to be a super surprise, and very unique.

Her son, fascinated by all things Chinese, of course loved it too. After going home, he will probably just dance and be happy, Ms. Peukert said.

Though taken by the beauty of the entire performance, Ms. Peukert was particularly inspired by the voices and the song lyrics of the solo vocalists.

Among them, there were two sopranos and a bass. They sang with the Chinese lyrics and English translations projected on the backdrop. According to Shen Yun, the original compositions are full of philosophical reflections on human life. Ms. Puekert said the songs were about heaven, and the “unknown thing in all of our lives.” So to hear this big concept vocalized in Shen Yun, she felt the songs made it very real.

“It makes me happy, to forget all sadness. Very beautiful,” she said.