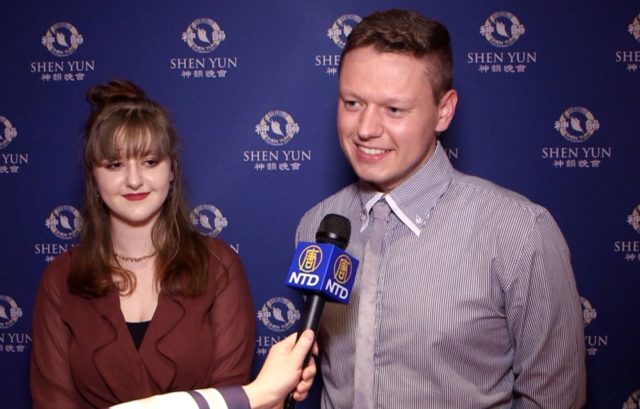 “Shen Yun, when viewed from a cultural viewpoint was very interesting. We learned a lot about Chinese culture.”

“The accompaniment by the orchestra was outstanding. The presentations by the the emcees were excellent—all that was presented on stage was fascinating and very interesting.”

“The interaction between the artists and the digital backdrop was amazing. It emphasized the performance and added even more value to the show.”

“The songs were enlightening and opened ones mind to the cultural nuances of Shen Yun. Reading the translation of the songs on the backdrop was very helpful.”

“Bringing the Chinese culture to Europeans helps people gain a better understanding of what China is all about and it is much appreciated.”

“Belief in divinities was woven throughout the scenes, and one learned what humanity hopes for when believing in divinities.”

“Many of the principles, representing goodness, came across quite well, because they are applicable to modern society.”